I’m not someone who lives life scared of being exactly who they are. I’ve traveled to Europe and Asia independently. I’ve admitted to past eating disorders, depression and anxiety. I’ve photographed insecure areas of my body after kids.   What I haven’t talked about is what happened two years before I started sharing my life’s journey online in 2005.

After winning the national Filipina title to represent the U.S. in an international competition in Manila, Philippines, I made a swift decision to receive a breast augmentation. At the time, I felt incredible pressure from my pageant coaches, family members and the overall industry to alter my physique. I was very lean and lost much of my breast tissue in the weight loss process. I knew the moment I got off the plane pageant officials would take my measurements and know that at 30-24-33 I was not bringing to stage, a very competitive physique.

Up to that point, I had won or placed every pageant I competed in. I enjoyed the preparation and focus required to perform talent, speak with conviction, walk with grace and present the best overall package.  I was a competitor, after all, and I would do nearly anything to win.

I regret not thinking about the long-term impact of my decision more fully before the operation. Unlike most women who receive 300-500cc of saline to enhance their breasts up to a C or D cup, I opted for a more humble 225cc, which gave me a proportionate B cup. The day after my surgery, I felt incredible pressure on my heart and was rushed into emergency surgery for a hematoma in my left chest area. Just a few days later, I vividly remember having to attend a compulsory event as a title holder for Miss San Francisco Chinatown and wearing a hidden drain to my chest.  I still have faint scars. I still have lack of sensation and I do believe it limited my ability to nurse efficiently.

I learned a lot of things that year.

I learned that there is a karmic effect in every decision you make.

I learned that you can lose yourself when playing by human rules.

I learned that you can look beautiful externally but feel ugly internally.

I learned that when you objectify your body you simultaneously create a painful disconnection between your body, mind and spirit.

I lost myself that year.

After graduating college, moving to San Francisco, competing in six competitions and breaking up with a long-term boyfriend, I became Bulimic. I stopped competing. I quit my job. And I spent hours reading books, looking at the ocean and praying for answers.

I never spoke about this experience because I was never asked the question. However, since I’ve been receiving questions, it’s in my nature to provide an honest answer. The truth is, I don’t want young girls to look up to me and want to change their body. I don’t want mothers to be inspired by a part of my physique and think they would be happier with surgery.

…And Gratitude comes from appreciating what you have versus what you don’t. 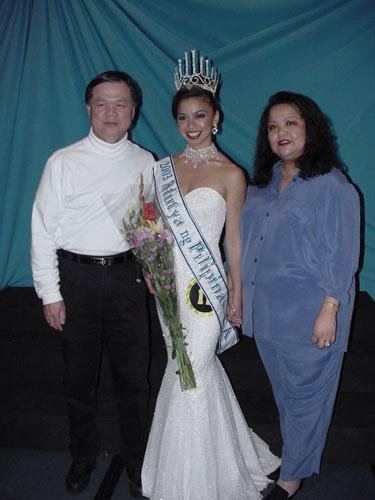 I won the national U.S. Filipina title to compete in Manila Philippines! I was sooo happy. Ever since I won my first title at 16, it has been a dream of my family to go back to my grandfather’s home country and compete. 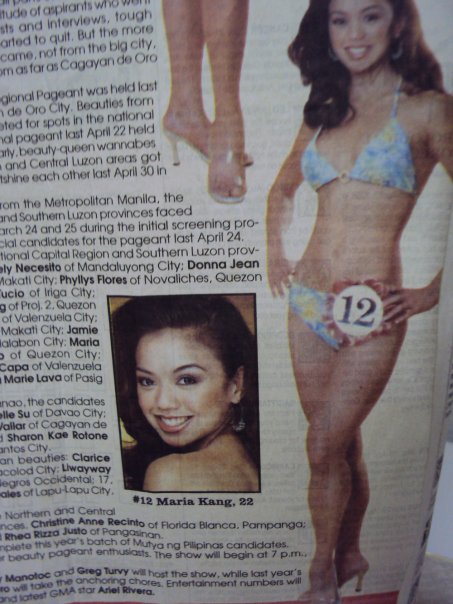 The press loves pageant competitors in the Philippines. The pressure was on (I didn’t win) – but I was definitely a favorite. This is me post-surgery. 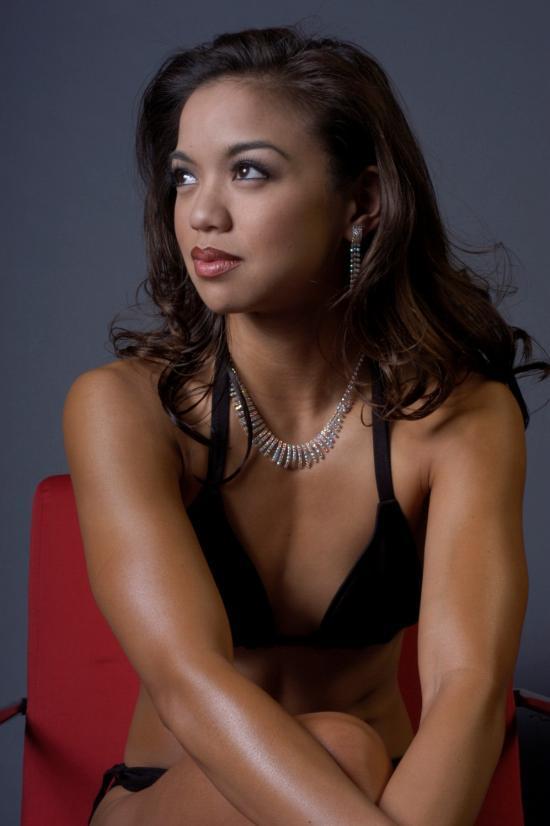 This was taken pre-surgery. I was 115lbs, very, very lean.