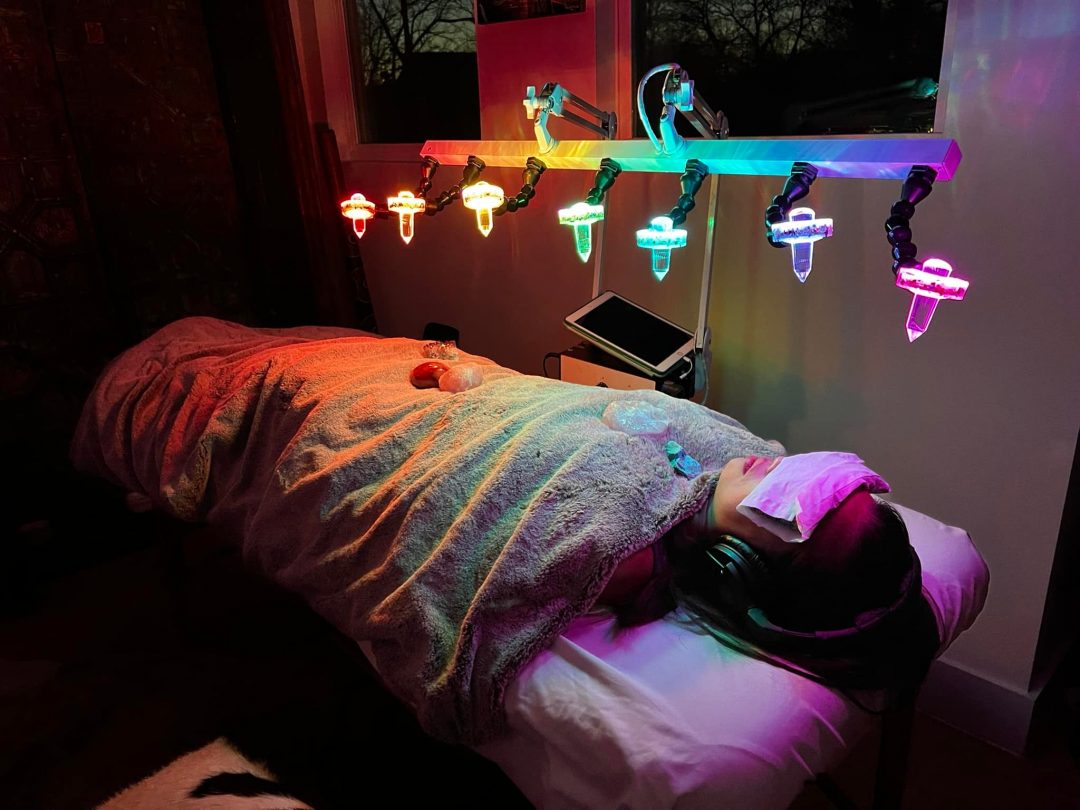 If you were to read my earliest blogs, it’s astounding how so little has changed. When I began this website, I was 25, single and living in San Francisco. In 2005 the world had yet to experience the black hole of social media, controversial viral posts and distracting 15-sec dance videos. I was writing my way through this world, seeking to connect and tell my story because I felt so many was defining mine up to that point.

17 years ago I worked out several times a week. I went out into nature often to recharge through hiking and biking. I spent hours at the library and bookstore. I had a lot of friends, and I worked a lot in my chosen profession in the fitness industry. I pondered about life, attended local astrology and NDE (near death experience) talks and attended spiritual and health/fitness expos.

Since then, I’ve traveled to many spiritual and religious places including Lourdes, the holy place in France where Mother Mary appeared to a little girl named Bernadette. I took a pilgrimage to Israel and walked the path of Jesus from Bethlehem, Galilee, the Dead Sea and Jerusalem. I climbed up the mountain in Medjugorje, another holy city where Mary appeared to three small children and gave them monthly messages.

I am in constant wonder, awe and curiosity of the world around me – all the things I can see and especially the part I cannot see.

When Covid shut the world down, the Sagittarius in me sought to travel inward. For my 40th birthday I attended Dr. Joe Dispenza’s advanced meditation retreat where my life was permanently changed. I learned how to sit in silence and become my life observer. I stopped judging the little girl who felt scared, upset, resentful or alone. I felt energy within me and around me.

I made a birthday intention to seek the Euphoric rush I experienced when I first began this website in my twenties. I deeply missed that spirit. I was bold, brazen, excited and curious because I was led by a deep seeded KNOWING. It was like I saw the first two decades of my life with love and kindness and replayed how I made wise or unwise decisions that led me to that very moment. At 23, I wrote my mother a tearful letter at midnight telling her how much I knew she loved me but also how much her insecurities negatively impacted me. I spent intentional time with my father and leaned into my annoyance or resentments for him not being more fully present in my youth. I felt a need to purge, which I often described as being demonic and robotic because I couldn’t control my actions. My mind would said one thing, but my body was doing the opposite. I was going through a full-fledged spiritual warfare.

It would take years, but I finally lost the 30lbs gained during that time period. I removed my breast implants, an object I placed in my body when I was playing by fake, human rules. My internal inflammation from constant strength training, food allergies and stress would eventually decline. I would find my flow again.

As I journeyed into my thirties I continued my battles…with people, social media, my marriage, but most importantly: myself – until I realized, Why? Why am I always seeking battles? Why do I think fighting makes me stronger? Why do I need an opposition to overcome?

I’ve been thinking about the idea of competition, esp those who seek to win. Why is their happiness defined by someone’s unhappiness? Why is your personal value tied around being better than someone, defeating someone or hurting someone?

Why is a later moment – like after a contest or accomplishing an achievement – better than this moment right now? If our happiness was based on our attitude, why have we forgotten our free will to choose this moment? Happiness is free.

Recently, I’ve been drawn to the phrase, “How you love anything, is how you love Everything.” Which goes back to gaps in my last blog post. You don’t pick and choose who to love, you just love. You don’t decide who to have an open heart to, you stay open.

When I am 80, writing on this site and reflecting on a life extremely lived – I know for absolute certainty that I will be waking early, working out daily, reading, writing, spending time with friends, being around nature and asking life’s biggest questions while desiring to connect with energy that seeks the same.

The world changes, but our spirit never changes.