Our pilgrimage to Lourdes.

Last year David would ask me suspicious questions while pregnant.  He wondered how soon I could travel after having a child or how long it would take to get a birth certificate. It wasn’t until one of my closest friends, Phan, planned her wedding on Valentine’s day weekend when he finally ‘took the cat out of the bag’. He had booked a trip to Paris for Valentine’s Day!

While away we splurged on croissants, nutella, wine and cheese. We visited the Louvre, Notre Dame Cathedral, Eiffel Tower and the Palace of Versailles.  We saw famous paintings from Van Gough, Monet and Picasso. However, though we fully enjoyed our time in Paris, nothing can compare our experience in a small town in the south of France.

Since we had a limited time in France we took an overnight train on Wednesday evening to Lourdes. Lourdes had a significant event occur in 1858 when a young girl named Bernadette experienced apparitions of the Mother Mary while gathering firewood with her siblings.  The un-named ‘spiritual figure’ told Bernadette to visit her each night at the grotto where she appeared. Bernadette would go on to see this vision a total of eighteen times – one time in which the vision requested her to “drink the spring that flowed under the rock.” At the time there was no spring, only mud. Bernadette obediently and faithfully began to eat the dirt and plants to the disgust of on-looking villagers. As she dug, she eventually discovered a spring.

In another request, Bernadette was told to tell the priest to build a chapel, a request the parish priest initially balked at. He challenged the apparition to not only reveal her name, but also create a miracle by making the rose bush where she appeared, bloom at the last week of February. By the end of February, which is considered winter, a rose bud bloomed and the apparition identified herself as the “Immaculate Conception”, a term an un-educated Bernadette had no knowledge of.

In Catholic terminology, the “Immaculate Conception” is defined as Mother Mary, the mother of Jesus Christ, who was born without original sin.  Since 1858 Bernadette was canonized a saint and a large chapel was built over the grotto. Over five million people a year make their pilgrimage to the city of Lourdes. In its waters, the Virgin Mary declared, “Go drink of the spring and wash yourself there.” Since that proclamation, thousands have claimed to be miraculously healed by its waters.

While in Lourdes my husband and I experienced a spiritual cleansing of the body by ‘bathing’ in the spring waters. With the assistance of helpers, I uncovered all my clothing except for a robe, which was removed after I was submerged in the water. It was a humbling and holy experience. Like the Sacrament of Baptism, this water signified the washing away of sin. For me, this entire experience signified a desire to repent and reconcile myself with God.

Later that day, while reflecting on my confession before seeing the priest at Lourdes, I realized that growing up I despised this practice because I always considered myself a ‘good’ girl. I never had much to confess besides talking back to my parents. As I conversed with the priest, I confided that I have minor disputes with my parents, siblings and husband – and while those are often unavoidable, I prayed most of all for more humility. As humans, and especially as Christians, I have found that the ‘sin of Pride’ infiltrates our spirits on a daily basis. Our egos want to be right or know it all…we want to have the last word or believe we are morally better than someone else.

Yet when we humbly un-clothe ourselves, kneel in veneration and pray for forgiveness of our natural human tendencies, we recognize that we are naked and vulnerable in a universe we hardly understand.

For some reason a baby can miraculously form and grow in my womb and be expelled in this world. For some reason, the instant we are born we all begin the process of dying a little each day….And for some reason, we will one day watch our parents, siblings and friends depart this life.  And as I prayed to God at Lourdes….and as I prayed each day of my life…I asked him to give me a reason.

Give me a reason to this life.

…Give me a reason for my life.

We all seek purpose at some point in our life. After all, there must be more than vacations, holidays, birthday parties and dinners. There must be more than satisfying our flesh on a daily basis. Usually this reflection occurs when our world is silenced from our daily hustle and we become uncomfortable with that silence.

I pray for the comfort of silence…for in that silence I can’t hear the world’s demands, my ego or my latest argument. I hear God’s whisper to become an instrument of his love and to utilize my existence to manifest that beauty. It is in that truth where we find our humility, our peace and our purpose in this existence. May this truth be with all of you. 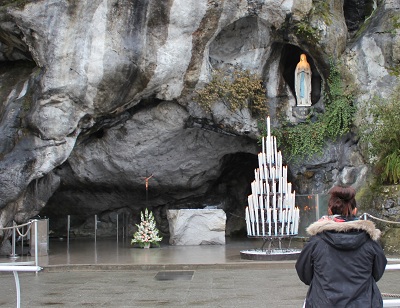 The grotto where the Virgin Mary appeared to St. Bernadette 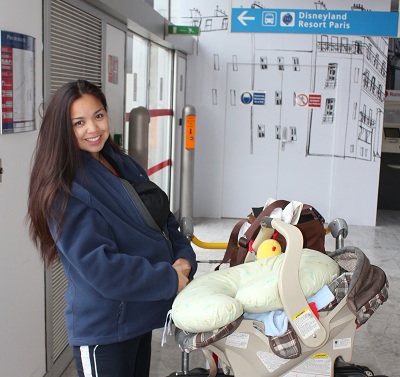 We took Baby Gabriel with us and left the other boys at home with David's mom who flew in from Mississippi. This is when we first arrived. 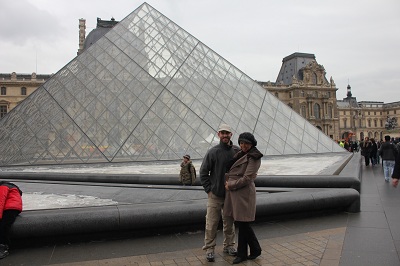 First day out - at the Louvre in Paris 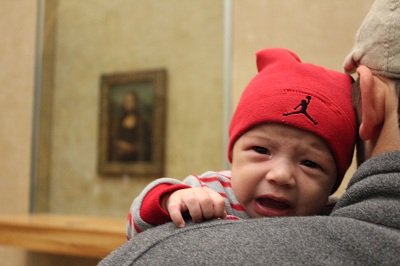 In front of the Mona Lisa, Gabriel didn't think she was very pretty. haha 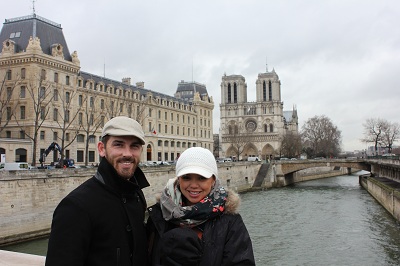 You can see Notre Dame Cathedral in the background 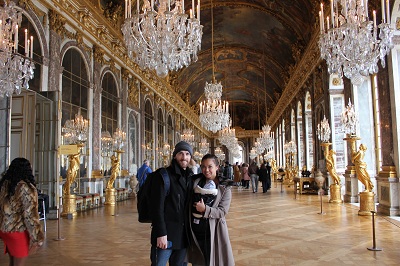 Palace of Versailles in the Hall of Mirrors. 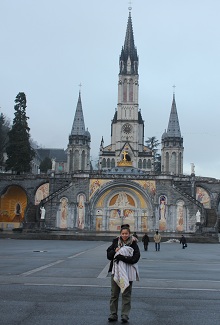 In front of the church that was built on top of the grotto in Lourdes. 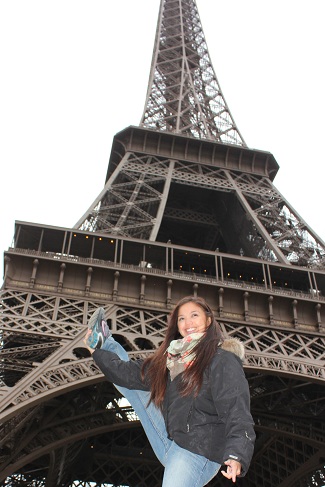