The birth of our 3rd son.

As we were driving to my husband’s family gathering last Saturday evening I received a call from my doctor encouraging us to come in that evening or the following day for an induction. Since I have a history of high risk and fast labors, it was important that we create a controlled labor setting. As we laughed with family and celebrated the holiday season that evening, it was odd knowing that in less than 24 hours, if my cervix was favorable, that I could be admitted for an induction.

The next day we dropped the kids to church with my parents along with their suitcase filled with clothes, books, toiletries and toys to last them a few days. When I arrived at the hospital I was unsure whether my body was ready to release Gabriel, after all, he was still moving nightly in my belly and didn’t seem anxious to leave. While in triage they found that I was 2cm dilated and had a thin cervix, which meant my body was already preparing for labor. I texted my mom at noon announcing that I would be admitted – and after that moment, the rest of the day was filled with the most painful feeling I will ever endure in this lifetime…

It took hours of prep before they administered pitocin to induce me. Since my first labor left me with a hematoma the size of a football and my second labor left me in the ICU, the hospital didn’t take any chances with possible complications this go-around. It was a little embarrassing when the nurses came in and would say, “…you’ve been the talk on the floor” as part of their greeting. As the day moved forward, David and I would walk in the hallways with my monitor trying to progress the labor. At our funniest moments he would sing “Eye of the Tiger” while I pretended to jog and punch hysterically in my hospital gown. Of course, those moments didn’t last long – as the contractions became stronger, I couldn’t breathe through the pain. When I closed my eyes I would envision the baby trying to exit my womb…as with most of my hard life experiences, I envisioned the purpose behind this incredible pain. After four hours of active labor and three pushes, baby Gabriel finally came into this world on December 18, 2011 at 10:31pm weighing 8lbs and 3oz.

I cannot adequately illustrate in words how it feels like to endure so much pain, but have it all end instantly when the baby is released from your body. When I saw him I was in disbelief…after all, this fully grown baby was formed within me and is now miraculously in this world. What was most amazing was hearing him cry and then instantly stop the moment his body was laid on my chest. He knows me.

Since that moment, my world has been a blur. At Gabriel’s 2-day check-up he needed to get re-admitted because of a high fever. We came home a few hours short of Christmas Eve. The other boys are in awe of this little addition and they always question where he is if I’m not with him. Today, as I sat rocking Gabriel in the family room while watching the two boys play with their new Christmas toys, I envisioned holidays years from now – with all three boys playing…and fighting of course. It’s been admittedly hectic having three kids under three years of age, but I know that if I don’t dwell on the difficulty I can deal with it.

My life has transformed in just a few years. Outwardly I became a wife, a business owner and a mother. Inwardly I am still that young girl…questioning life’s big questions, seeking to understand my role in this world and desiring to seek my potential in all aspects of life’s opportunities.

One of life’s opportunities always laid in my desire to have my own family one day. In my earlier twenties I yearned to have many children  – that single thought is what created the life I exist in today…

Dreams begin with a desire that eventually manifests into matter. Thoughts become things…so make them all matter. 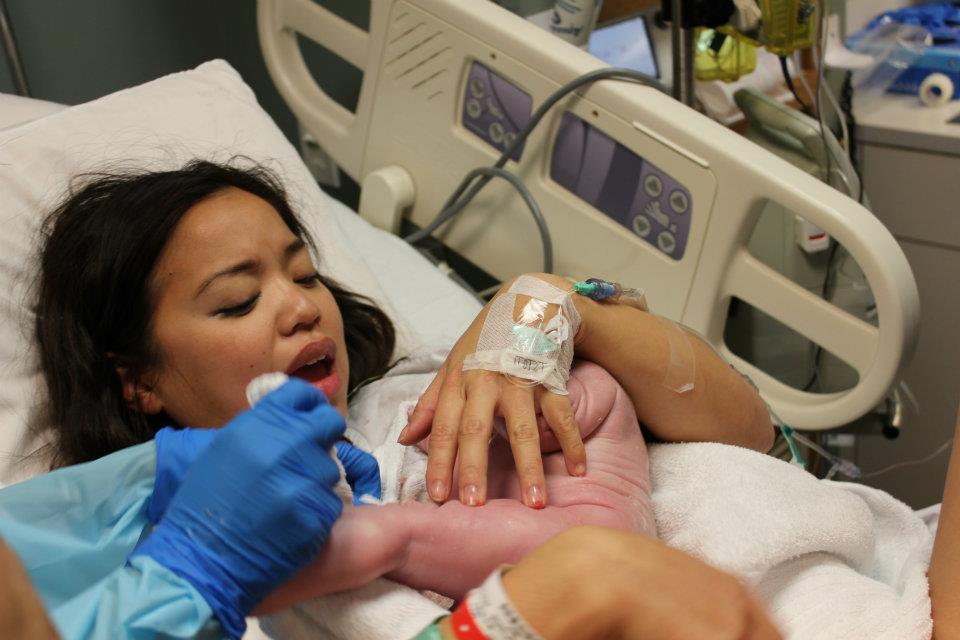 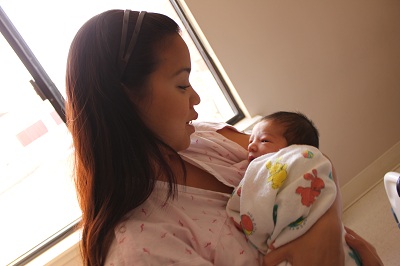 Welcome to this world Gabriel 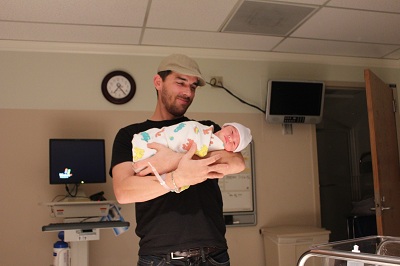 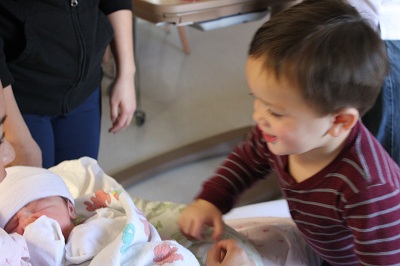 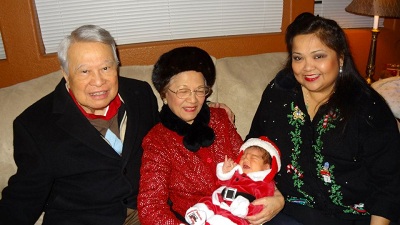 Christmas day with my grandparents and mom