In my mid-twenties I underwent a distinct crossroads in my life.

I was working as a project coordinator for 24 Hour Fitness Corporate, I was in escrow to purchase my first condo in the Bay Area and I was in a compatible but not passionate relationship. I felt like I was ‘where I should be’ in my life – but instinctively knew the path I was creating was not where I wanted to be in five years.

I loved my career but feared not becoming a mother because I witnessed many women becoming lost in their professional path. I loved living in the bay area but knew I wanted to live close to my family when I would eventually have my own. I also knew that while I was compatible with my boyfriend, what I sought was a man with more depth, excitement and passion.

I was comfortable but I was not happy. I often reflected on Robert Frost’s poem, “The Road Not Taken” – as I often felt like I was standing in the middle of two roads diverged: one with a beaten path and the other less traveled.

In those moments of uncertainty I often turn around and walk a few steps back to seek the advice of those who took chances, had faith and worked hard to manifest their own destiny.

One of those people, is my father, Francis “Bing” Kang.

Born in a small town in Sibu, Sarawak in Malaysia, he was the youngest of four children, a natural musician who was enamored with American and British music growing up.  For educational opportunity, he moved to New Zealand to attend college and eventually meet my mother at a Christian fellowship. When he immigrated to San Francisco he worked several odd jobs to provide for our fast-growing family until he finally joined the Police Academy. He retired several years later as a sergeant with the SFPD.

In his spare time he enjoyed video, music and editing. He became the official camera guy for all communions and confirmations at our church. When my parents built their first carehome, my father performed the electrical and construction after watching hours of ‘how to’ videos at Home Depot (this is before youtube). He knew how to apply for every grant program in college and find the best car deals within a 4-hour radius.

There never seemed to be anything my father couldn’t do.

He never seemed to show he loved me very much. He used to embrace, hug and cuddle with me often as a child – after all, I was the eldest of three daughters. When the stress of work, commuting and marriage took its toll, it felt like I couldn’t talk to him.  He often seemed aloof and angry – emotions that I hoped to alleviate by cleaning obsessively and getting good grades.

I just wanted to see him happy.

As I matured I would often visit him at work when I lived in San Francisco. We would take trips to Hawaii, India, Malaysia and New Zealand together. I began to know him as a man, not just as a father or husband….but as a young boy who had dreams in his heart, who followed a life’s path and sacrificed for the love of his family.

I confided in him one evening in my mid-twenties.

I cried and said I was unhappy, unsure and unable to decide if I should quit my job and begin a domino effect of enduring change in my life. In his wise and ever-kind voice, he said, “Maria, whatever you do, you will always have your family.”

With tears in my eyes and nothing but faith in my heart, I chose to leave the comforts of my existence and create a life designed by passion. His words provided permanent peace in my life’s journey – for while we can’t predict life, I get to stand on the pillars of my father’s shoulders, a man who taught me that a simple boy from a small town can do anything they want if they work hard, follow through and have faith.

…as I stood there looking at two roads diverged, I could sense my father’s love, even when it didn’t seem consistent – I know now more fully, it always has been. 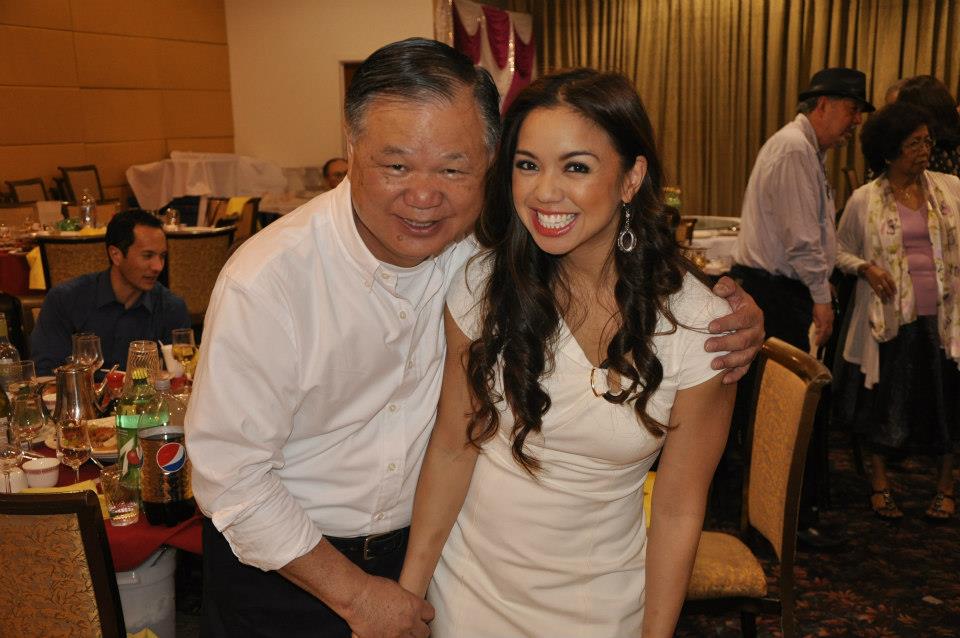 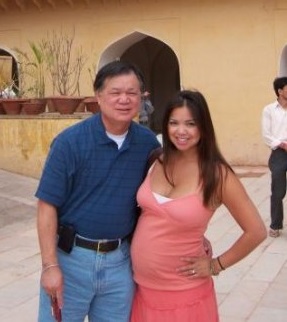 Six months pregnant with my first child in India with my father.
I can’t wait to start traveling with him again. 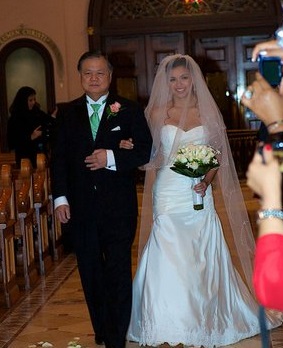 He was a tough man on our wedding day. My mother was admitted to the ER
and he came for an hour just to walk me down the aisle