I am so tired.

And – this past week has felt so exhausting since I went to Tahoe, then had an Easter party on Saturday, then had Easter on Sunday BUT I didn’t really have “Easter” on Sunday because the whole family became sick. We didn’t attend church and we didn’t attend the party we were supposed to attend in Auburn. It was a very quiet day.

Since David’s brother, Daniel, is in town, I feel like I’ve been a single mom THIS week too (in addition to the two weeks prior) because he spent extra time alone with him in Tahoe and stayed in a family cabin versus the hotel I chose to stay in with the boys. I can’t express how absolutely crazy it is to have two young boys. They have so much energy it truly is hard to catch up (or keep up) to them. I almost left a couple restaurants crying because it was incredibly hard to eat, enjoy family time and deal with two boys throwing tantrum (and sometimes food) at me. As many moms know, it’s really hard to discipline your children in public.

We did some activities while gone, such as sledding (which is a GREAT workout) and Christian also watched his first real movie in the theaters! (He watched RIO) We got home on Thursday, but it was Friday evening when things started taking a turn for the worst. Nicholas (my one year old) started vomiting. David and I had no sleep that night. What was even more horrible is that we had an Easter party the next morning at 10am. After the party I came home and felt chills, body aches, nausea and fatigue. I had no appetite and all I wanted to do was sleep. At midnight, my second son, Christian, started vomiting. At that point, we knew we over in terms of trying to go to church and celebrate Easter on Sunday. It feels like our Washing machine has been running non-stop for the last few days!

Well, today is a better day. I woke up at 6:30am (I missed my 5:30am wake up call) It was raining and cold outside so I definitely didn’t feel in the mood to train. Not only was the weather not so good, but my son, Christian, also woke up early, which meant I had to take him with me to my school program. Sometimes I train after the program but  most of the time I don’t because I get too hungry. This time I chose not to because of that reason…

I wanted to go run around the park while the kids played with David right now but I can see the wind picking up outside and decided not to fight with the wind and MAYBE do something here at home.

Do you see what’s going on?

The first thing I do is make a workout date. I try to find ANYONE who is available to meet me at the gym sometime today.

Or I take a group class.

Or I get on my spin bike for just 20 minutes.

Or I start doing some random exercises in the backyard while my sons are playing.

So today is a REALLY pretty day. The sun is shining. I woke up early. I had a hard time though because Christian vomited around 1am, so I had to switch beds, get the babies back into position and try to fall back asleep. I somewhat already had woken up because of the incident AND I tidied up the house as I hate waking to a dirty house. Since I often fall asleep with the boys, I don’t get the chance to do EVERYTHING I need to do before I sleep. Anyways – I was scheduled to train at 5:30am but ended up getting to the gym at 6:25am, which only gave me thirty minutes to perform cardio.  After cardio, I attended my school program and performed yoga and Boduko with them. It was a great workout!

In about 30 minutes I’m leaving for my mom-me group – so there’s another activity…and well, I think today will be a good day! Seriously, it’s been horrible for everyone these last few days but I can finally see them getting energy back. Most importantly, I can see me getting some light back into my eyes as I’ve been feeling fatigued, tired and unmotivated for a while.

Yesterday I went to Trader Joe’s and picked up some healthy stuff – and I made hummus and salad for dinner. I like the idea of salad for dinner! So I think I will start incorporating that more!

– Perform yoga 1x this week (I already did!) 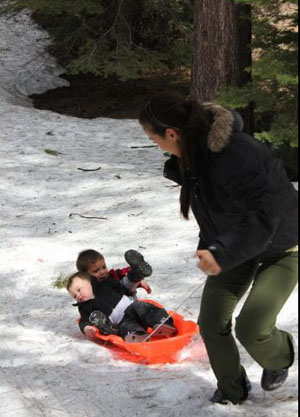