Memories of my 3rd Pregnancy

I’ve packed my hospital bag, the boy’s bag, completed my birth plan, wrapped 90% of my Christmas gifts, decorated the majority of the house, cleaned all my newborn clothes and am planning on sending the last of my Christmas cards tomorrow. I’ve never felt really uncomfortable during any of my pregnancies, but I do admit that this time around I feel like my tummy is heavier and rounder than usual. As a tradition, and to be fair, here are my 35 pregnant memories with my Baby Gabriel.

1)      Wondering in the beginning of 2011 whether I should focus on expanding our family or getting in incredible shape.

2)      Discovering we were pregnant on a Sunday at lunch after church. We were at a restaurant and I told my sisters that my period was late. Christine had a pregnancy test in her car so I tested myself in the bathroom. I knew that if it came out negative I would be disappointed and that if it came out positive, I would be speechless. When it was came out positive, I sighed – walked out, handed it to David and he raised the stick and announced, “We’re pregnant!”

3)      Throughout the first trimester I felt back pain like no other! I didn’t know what it was…I thought it came from a workout injury and treated it with a weekly massage, chiropractor adjustment and even resorted to cupping and acupuncture! All day I walked around with a heating pad attached to my back. After the first trimester passed, so did the pain!

4)      Traveling to Seattle and Vancouver at four months pregnant.

5)      I didn’t buy many maternity clothes but have found that I need to get smaller jeans at every pregnancy….so I remember shopping at “pea in a pod” several times because I wasn’t sure what jeans fit me best.

6)      I purchased MAYBE five new maternity outfits (including jeans) throughout this entire pregnancy.

7)       I purchased a bag full of nice, used maternity clothes for $50! I’ve used the dresses for occasions and shirts for work attire.

9)      Asking Christian, “Where’s the baby?” and him pointing to my belly and kissing it.

10)  Having my first ultrasound at 9 weeks. (the earliest it was ever performed in my pregnancy.) It was so early that they used a wand (instead of a regular machine) and I asked the doctor, “What do you plan on doing with that?” LOL

11)  Attending my 20-week-ultrasound with my mom and husband because we were going to find out the gender. It didn’t take long to figure it out though – because there HE was, front and center…it was definitely a boy!

12)  Texting everyone the gender results and no one believing me until I sent them evidence.

14)  People asking me, “Are you going to try for a girl?” and me responding, “I like being the only queen of the house.”

16)  Going to Hawaii pregnant and flashing my six-month belly in a bikini.

17)  Attending Emily’s ‘going away party’ (when she moved to San Francisco) while I was 7 months pregnant and feeling incredibly awkward and tired at a club downtown.

18)  Training at the gym 1-3 times a week. This was definitely my LEAST active pregnancy, especially with my early back pain.

19)  Deciding on the name Gabriel after going back and forth. This was probably the hardest name we came to agreement on. I mentioned it – he said no. Then his friend mentions it…then he says yes. Funny how male input matters.

20)  Sitting both boys on my lap, with my big belly taking up so much room – while watching YouTube videos of their favorite songs.

21)  Getting anxious around October because I didn’t think three kids could fit in my CRV, so we went to an Acura dealership just to ‘look’ at what was available and left hours later with a new MDX! LOL

22)  Moving out of our first home together as a couple, to a larger home with more space and bedrooms. It was a sad day because I really liked our small home. It was quaint and will always remind me of the earliest memories of our small family.

23)  Applying belly butter (which I never did with the other pregnancies) every night before bed. Funny since I’m smaller overall with this pregnancy.

24)  Watching my belly move – like crazy  move – every night around 11pm. That’s when Gabriel awakes! He moves side to side, kicks me and makes crazy indentations in my belly.

25)  Hugging my pregnancy pillow every night, but preferring my right side to my left side.

26)  Feeling a lot of back pain because my sons would come into the bedroom around 5-7am and lay with me. Nicholas liked to snuggle to my left, Christian on my right …and there I was painfully on my back in the center.

27)  Getting a lot of nice compliments at the gym. As a pregnant woman, you always appreciate nice words. Made me want to work out more!

28)  Emceeing at 38 weeks at our annual Christmas party. There I was, in front of 250 guests, in wedged heels and carrying my 19-month-old son, with a microphone in hand.

29)  Having the pain of carrying Nicholas ALL the time because he’s such a whiner.

30)   Feeling like I should ‘act like a pregnant woman’ more often because I rarely get special treatment from my husband because he thinks I’m superwoman or something.

31)  Fitting into a cute blue dress for my Mommy Shower, this was planned by Borina and my mom.

32)  Loving the logo for my “Mommy Shower” – so inventive, unique and cute.

33)  Getting incredibly dry skin around my lip area the MOMENT I became pregnant. Seriously – I thought it was eczema. I didn’t know what it was. But I’m realizing more now (especially since it’s subsided) that it had a lot to do with the pregnancy. I was hoping for a girl since this is so unlike my other pregnancies…

34)  Spending a lot of time updating my sites, fulfilling projects and getting motivated for my new family and life in 2012.

35)  Dreaming of how my life will change with three tiny boys in the house. I’m anxious, excited and scared – but most of all, I feel blessed. 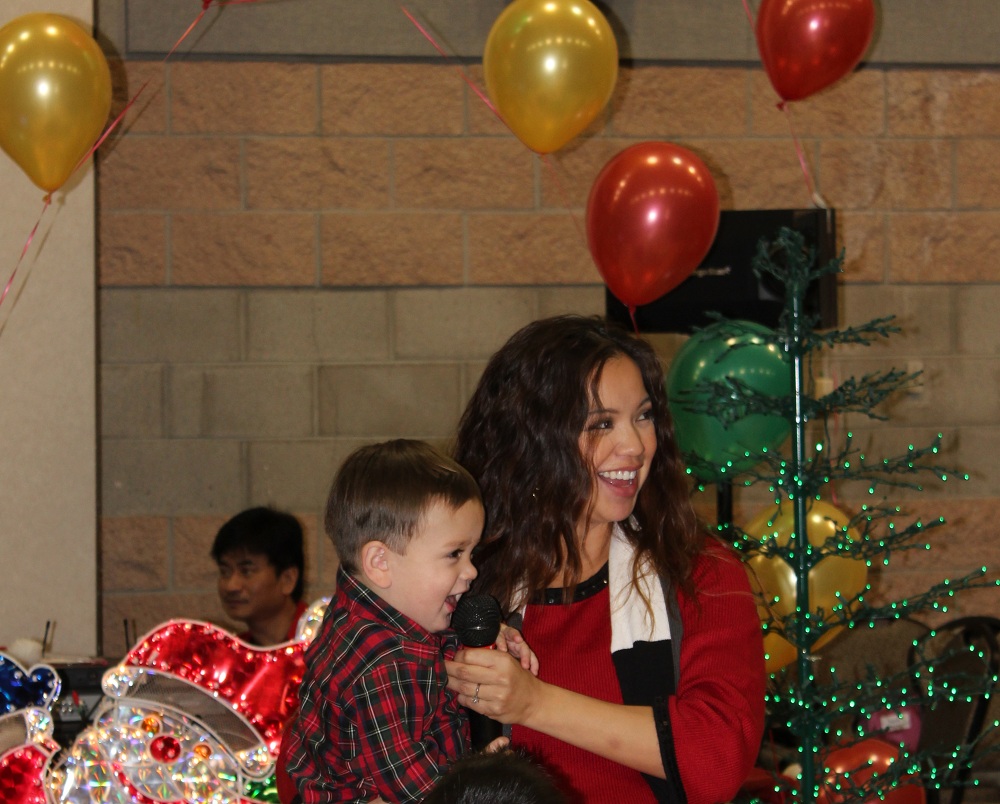 Emceeing at our annual Christmas Party. Nicholas would constantly come up and cry for me to carry him. So, there I was, 38 weeks pregnant and carrying a 30 pound boy! 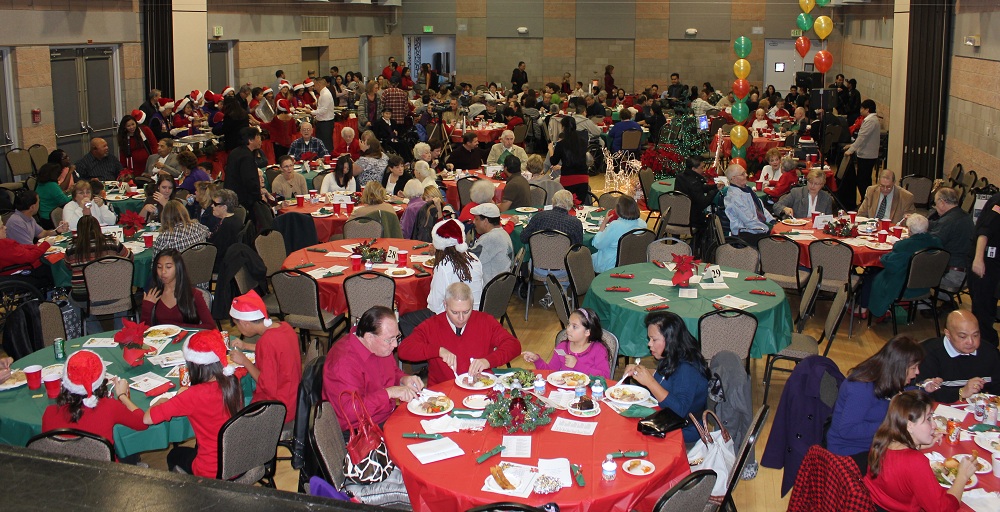 over 250 guests. It's a large production every year! 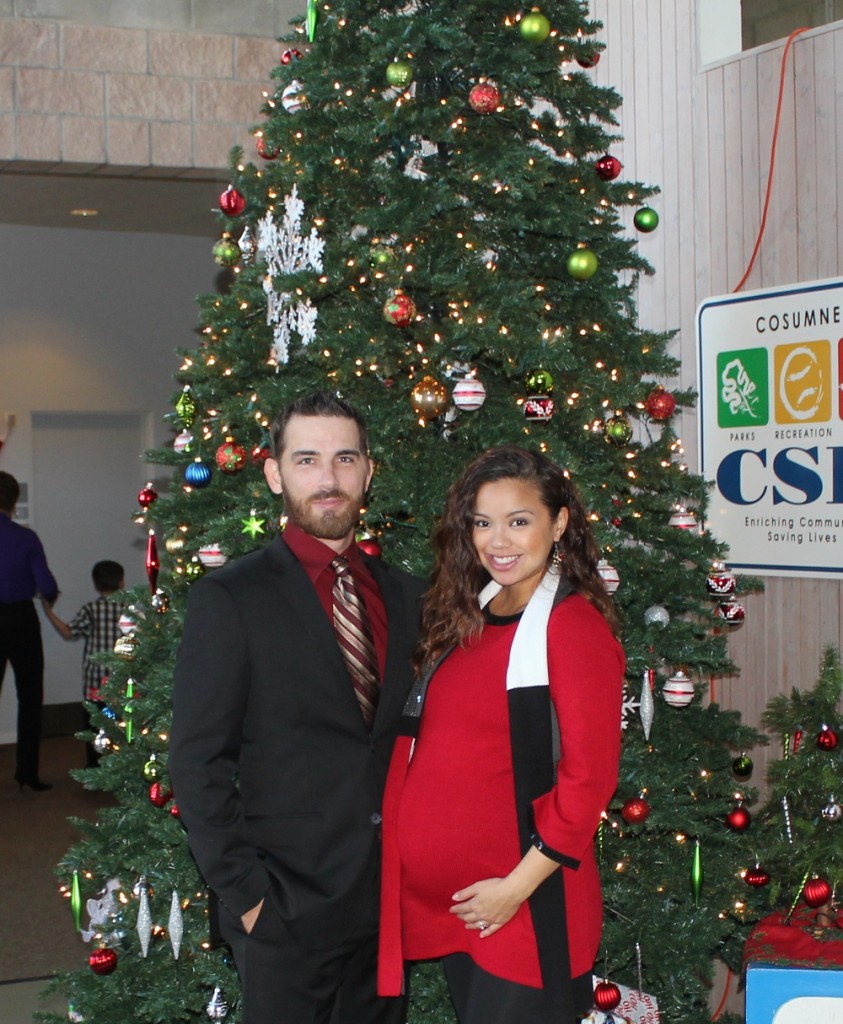 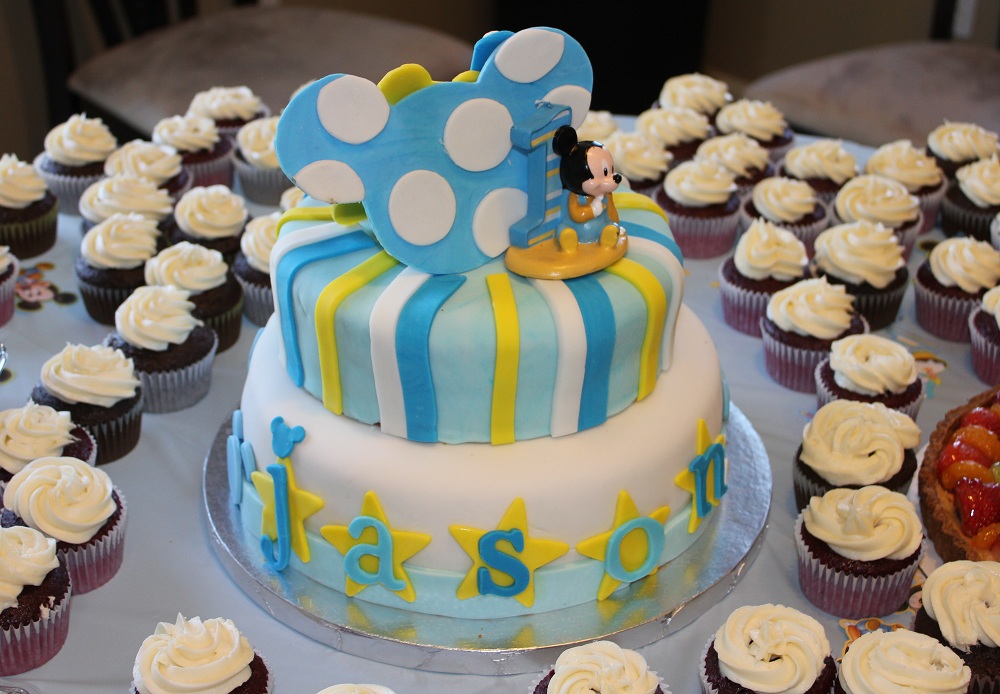 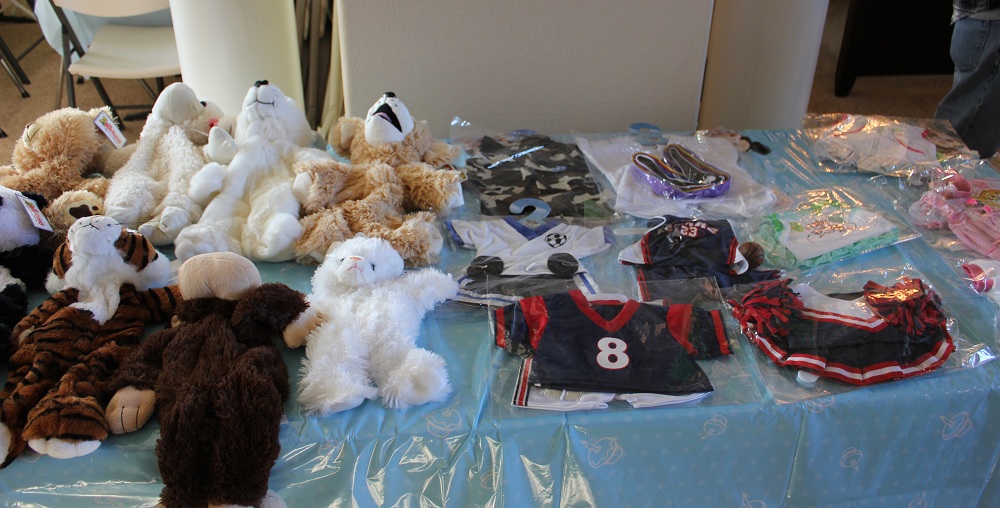 My sister had a "Build a Bear Party" - it was complete madness at her house! So many kids!!! 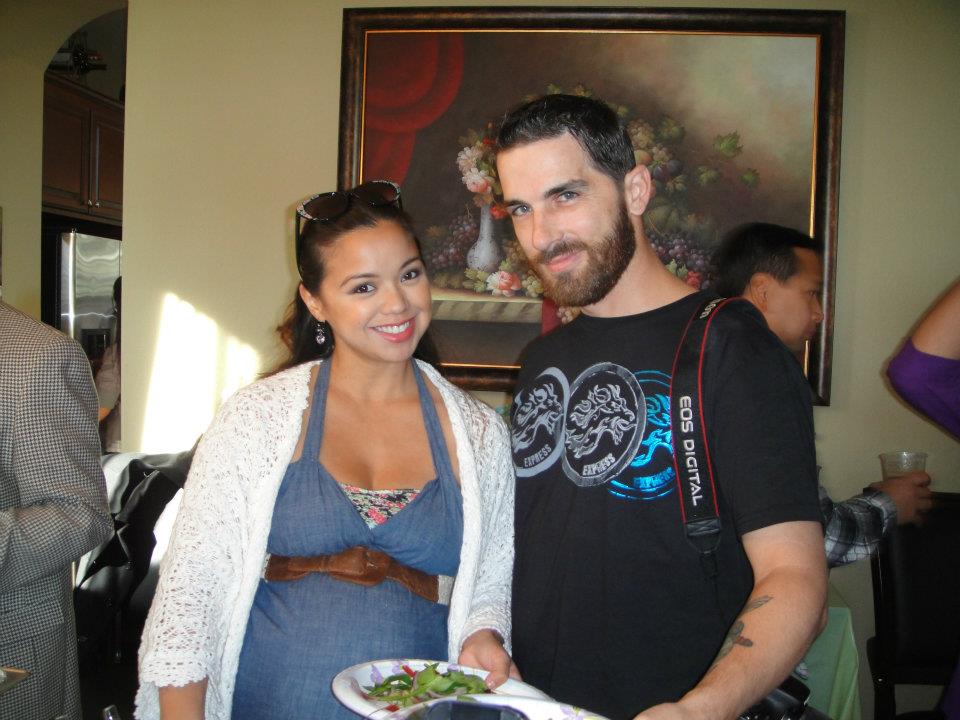 me and the hubby again at the party. We have a lot of parties!!!