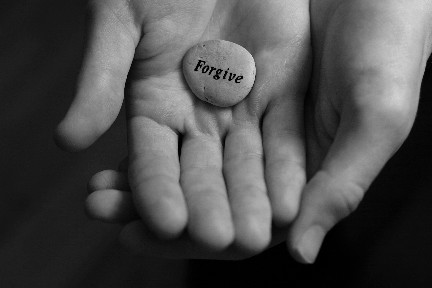 It is a difficult weekend for Roman Catholics…our Pope has passed. I can’t express how distressing it is to watch death unfold in front of your eyes. Pope John Paul II taught me several lessons in my life…not only did he embody what strength of faith can do from a man who was born in Communist Poland, but he also taught me the power of forgiveness. After his assassination attempt in 1981, two years later, two days after Christmas, he visited his would be assassin, and he forgave him. That day in prison, Mehmet Ali Agca, said that he and the Pope were now brothers. I believe that two wrongs doesn’t make anything right. I believe in forgiving others and not living with a vindictive and revengeful heart. I think it’s so important to show love and symbolize love through faith, hope and forgiveness.

In my life I have had people hurt me, both physically and emotionally, but I found the power to forgive all of them. I think that holding onto pain and suffering won’t allow anyone to heal. In order to heal, you must allow others who hurt you to heal. I pray that our past Pope John Paul II guides all of us still here on earth, to live a more meaningful life. I hope tomorrow I wake up and appreciate the gift of life and thank God for giving me one more day so that I may run if I have the legs, carry my nephew if I have the arms, see my parents if I have the eyes, listen to a baby’s laugh if I have the ears, and try hard to make difference… as long as I have a soul.

God Bless all of you.