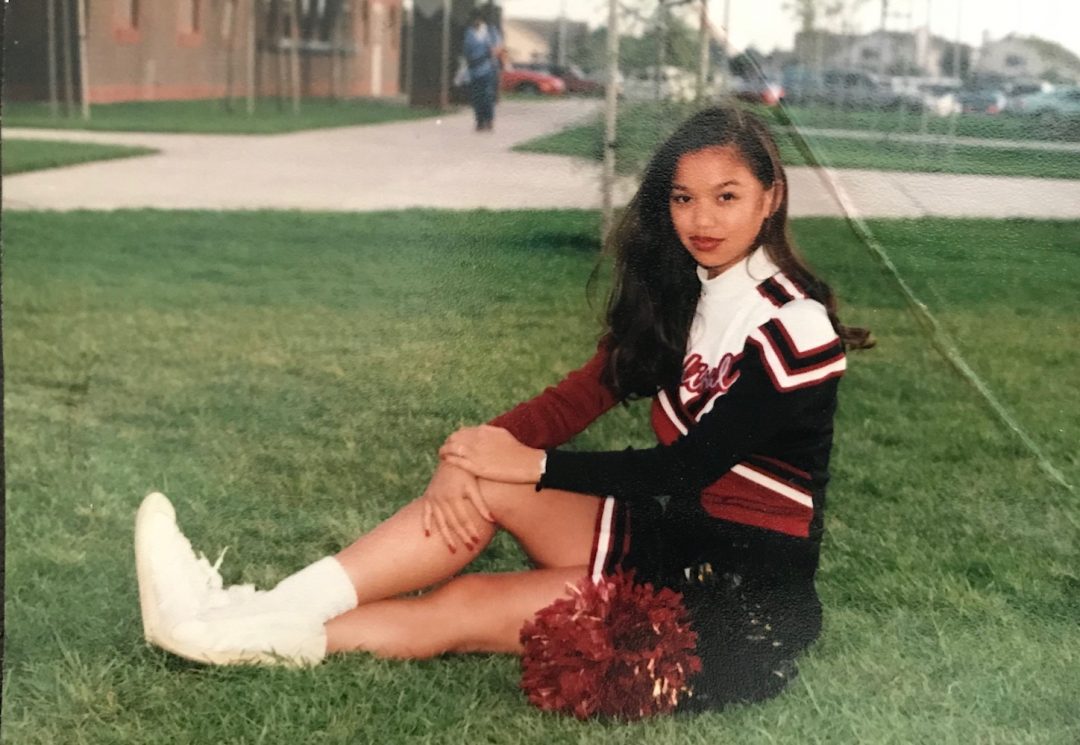 I was scared every day of Freshman year.

I was bullied by girls who preyed on my unwillingness to fight back or stand up to their name-calling, physical threats or aggression towards my shyness. For years, I would cry alone in a dark closet, pulling my hair, deeply scratching my arms and wishing I was never born. The external pain I caused myself never eclipsed the internal pain of rejection, hatred and nonacceptance I felt from my teenage peers.

My mother would arrange counseling with my perpetrators, only to hear them make false promises to high school administration that they would stop the taunting and threats.  After hiding in the library at lunch time, pleading with my parents to transfer schools and praying to God for strength – somewhere between Sophomore and Junior year, I stopped crying.

I stopped telling God how big my problems were and started telling my problems, how big God was.  While in the library I read psychology and self-help books and biographies of people who also struggled with societal acceptance. During those painful years of prayer and self-study, I better understood the human condition and what motivated us to seek certain actions throughout our lives.

I learned that people unknowingly seek control, whether it’s power over people, things or situations.

I learned that loud actions, come from those who want to be seen, heard, acknowledged and understood.

I learned that hurt people, hurt people. The only way to stop hurt and hate, is to utilize the negative energy given from others and react positively.

Reacting positively meant I needed to stop hurting myself, whether it was scratching my arms, telling myself I was worthless or allowing exploitative energy seep into my world. During that time period, I started dating a man who was 4 years older than me. I felt empowered by the situation because I felt protected under the guise that I existed happily outside of normal high school life. In truth, I was disrespected and distracted by someone who disregarded my age and took advantage of an insecure teenager who was bullied into believing she was not valuable.

I don’t hate him, nor do I hate the people who made me drawn to him.

Regret exists when you think you haven’t gained from the experience. You feel something has been taken from you – whether it’s time, money, happiness, innocence… For me, I learned a great deal from being bullied and realizing the energy I attracted because I felt weak.

I learned that when you react without awareness, they win.

When you hurt yourself emotionally, physically or spiritually, they win.

When you spend any time thinking about them, they win.

When you feel pain, stop spreading it and start transforming it. I worked it out, wrote it out, cried it out and prayed it out. For years and even until this very day, I work on bettering myself and not allowing other’s opinions distract me from doing me. As a teenager, I dreamt in detail, the day my bullies would look at a successful version of me and feel remorse for their behavior.

That day came a couple days ago.

I met with Kathy, a high school peer and Facebook acquaintance I often smiled hello to at the gym years ago. I can still remember her angry face, her hard persona and the threats she’d make when I passed her group of friends in the high school halls. When she recently donated to my nonprofit and asked to meet for lunch sometime, I was happy to connect.

We shared stories of our childhood. How we were both grateful for the welfare system and our parent’s immigrant beginnings. We talked about having several siblings and not affording school trips and recreational sports. While we shared similar struggles, there were differences in the details. My family came to America for greater opportunity, her family came to escape Communism. I had three siblings, she had eight. I had to wake at 5am to help with household operations, she woke up at 2am to help with a newspaper route. In her teens, she didn’t understand why life felt harder than other peers and it made her angry, mad and resentful.

She told me she’s been meaning to say “I’m sorry” to me for some time. She didn’t know how to say it or find the best time to say it. But she said it that day – a few times.

And I was thankful.

I often remind myself and others to live with the motto, “do not take things personally.” You never know what’s going on in someone’s life. Often times, they are not intentionally hurting you, they are just thinking of their own pain, their own problems, their own protective layers…

While we want to scorn enemies, remove events or erase painful periods in our past, truth is, the greatest growth was gained during those times. For what doesn’t challenge you, doesn’t change you.

I was challenged, but I was changed.

Thank you Kathy for changing me.