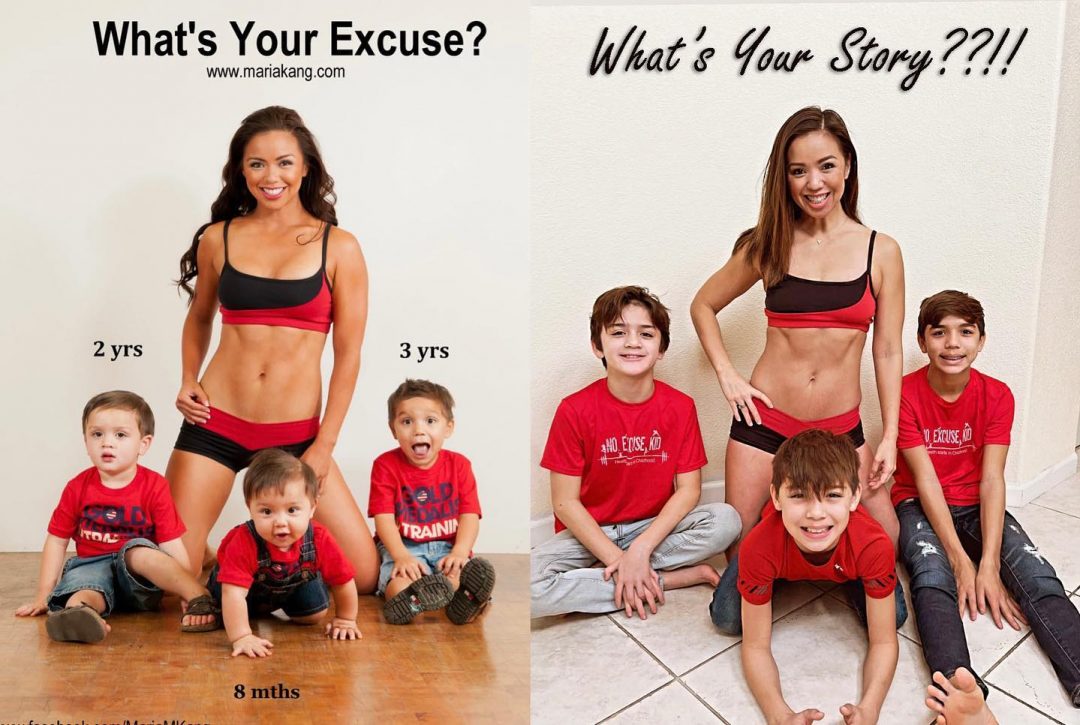 There was a ten year challenge floating around Facebook recently and I decided to recapture an image I took when the boys were 3, 2 and 8 months. It was a famous, controversial, conversational and inspiring portrait of who I was a decade ago….a woman who needed attention.

I had overcome many things at that point. I struggled with my weight throughout my twenties and despite having three kids in a row, I was in great shape. At the time, we were struggling with our first business, living in our second of four rental homes we would move into during our first seven years together. I woke up early to train and plan my meals so when life’s train began moving once the sun rose, I was ready to rock.

I was proud. I was excited to share that ‘if I can do it, so can you.’ I was intentional.

I wanted to build a social media following. Eventually, I wanted to sell products. I wanted to expand my fitness nonprofit, write a book and wake up the world.

As I look back ten years later, I am the same but vastly different. I’m not asking people what their Excuse is, because I believe they instinctively know what it is. I think people know there lies a struggle between wanting something and doing something about it. They distract themselves from their dreams and don’t prioritize working out. Many aren’t used to being challenged. Many would rather take a pill, than to exercise to lower their blood pressure. Many would rather inject insulin, than change their diet. Most would rather find an external source for salvation, rather than seeking within and doing the harder work of finding WHY they are where they are.

We see this lack of responsibility all the time – esp in our current landscape with Covid. People don’t want to look at the data and recognize that the one of the top indicators whether you live or die is not a vaccine, it is your personal health. In America, we were not only literally not fit enough to fight this virus, but we’ve been trained through our educational institutions, to be subservient to the leaders and not question simple common sense.

When I recreated my infamous photo, I re-titled it, “What’s Your Story?” After all, who you become is a result of who you believe yourself to be. Are you strong or weak? Are you a victim of your past and the people in it or are you the Hero? We don’t control anyone or anything, but ourselves.

In the last decade I grew up a lot. There was a distinct moment when the life train was moving so fast, I literally couldn’t even keep up with it. I know my body was on it, but my mind wasn’t. My spirit was struggling. There were times when I felt rejected, confused and depressed. I felt this during my short separation with David, during my break ups and betrayals among friends, the emotions that rose amongst family members (esp when my mom passed) and esp during the unknown future while in temporary fear during Quarantine.

There’s a moment when you wake up. When you see the delusion…when you understand how much your positive or negative thoughts played a role in your sight. You see the politics, patterns and profits. You see how much you allow external things effect you. You see the lies. You see your role.

What is your story? Who are you? What are you doing? Where do you want to go? Why are you here?

What’s the excuse holding you back? What is your reason for pushing forward?

Ask the right questions and you will get the right answers.

But, if you think someone else or something else is the answer – then you will always be at mercy of that ‘thing’.