As I type this, it’s Tuesday – I have my Mom-ME Fit Club in 23 minutes. The sun is finally shining after days and days of terrible fog in the area. I didn’t train on Monday – mainly because when I woke up at 5am, my eldest son woke up and knocked on the bathroom door. He then proceeded to not go to sleep unless I laid with him. SO there went my morning workout. I really wasn’t in the mood anyways since I’ve been feeling incredibly bloated. I also have PAINFUL abdominal pain. In addition to stomach yuckiness I was also nauseous. Which sparked ideas of possible pregnancy! Ugh.

Besides not “feeling” like working out – I also have a REOCCURRING shoulder blade injury that loves to visit me once every two months. It hurts and it’s annoying. Also, I spent the majority of the day in my garage cleaning it out since there was big trash pick up day today. So even though I didn’t go to the gym and train, when I was done cleaning the garage I changed clothes and fell into a deep sleep for an hour. (imagine, I have 5 strollers, tons of clothes in bags, party stuff, program stuff…SO MUCH STUFF that I was trying to box and organize.) I was out there from 1pm-630pm…so I definitely felt it in my body when I woke up. I sorta feel sore right now.

So, I tried to workout this morning, but I fell asleep late watching a movie with my husband – and I also was stuck in-between two boys (Christian comes into my bed sometimes around 3am) and it was just HARD to get up…even though I end up getting up at 630am for my school program.

So basically what you are hearing is this: A BUNCH OF EXCUSES.

Yes I have an injury, stomach pain, lots of housework and two little kids I want to spend mornings with…but the fact is, is that I could’ve got exercise in if I REALLY wanted to. I’m just not motivated to… why? Well – mainly because I’m leaving next week on vacation and I can’t imagine getting into better shape before the vacation, then relax on food and exercise a bit while gone. I like to find a track and stay on track –  not break for vacation.

I’m also “content” with where I’m at…which leads me to believe that I need to set a physical goal in the form of a competition because that will motivate me to get into really, awesome shape.

Last week I missed Monday too – but I ended up training hard throughout the entire week. I would say that I train anywhere between 4-6 times a week. Rarely do I train just 3 days a week…sometimes I train twice a day if I feel up to being active in the evening.

Here are the rest of my workout stats:

– I aim for butt training 2x/week, but since I’ve missed Mondays twice this past month – it’s been only once a week.

– I usually train all body parts, if I miss one it may  be arms because that’s always last on my list

– I’ve been running an average of 4 miles a week (I’m not focusing so much on it anymore – but will more now!)

– The BEST time for me to train is hands down 5am or 6am.

So my goal today is to train. I have a lot to do, but I won’t think about it – I just want to get to the gym for at least an hour. 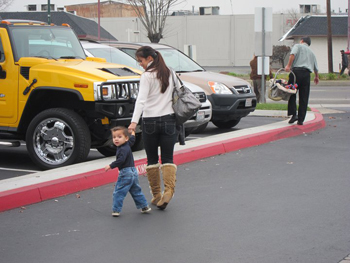