There were several things that helped her succeed, one of which is her Paleo-friendly diet – which she turned to after years of unsuccessful dieting. “I just ate everything… I “tried” to eat what I thought was good for me, whole wheat, low fat, etc …. but a lot of processed crap that was not really helping me. I would get disgusted and just go back to eating fast food and whatever came easiest off the shelf”

Living a Paleo lifestyle required her to purchase a Paleo book and cook everything until she became familiar with the diet.  “The hardest thing for most people is the detox. Some take a few days and others two weeks. That is really the hardest. Once over the hump you feel better than you ever have your whole life which is worth it if you can get support to stick through it! I do what is called an 80/20 but mine is more 95/5 because I hate the way I feel when I eat crap … so I allow myself a cheat when I feel like it …. and I don’t feel like it very much.”

One of her favorite recipes? Paleo Fried Rice from FastPaleo.com: http://fastpaleo.com/chicken-fried-rice/

Like other stay-at-home mother’s she sought connection with other moms in her area who shared interests in fitness. She found a group on Facebook, “Moms Run This Town”,  that was free but the meetup was far away from her home. It was then she started one in her own town, whle keeping close contact with the leader of the other group. “For me having a supportive group of other moms helped me stick with it a lot. It is great to have the encouragement and also read all about everything they are all doing every day. It keeps me motivated to live better.”

Now she is set on training for her first triatalon in October and half marathon in November. Her weekly workout consists of:

She fits in her workouts from 9-10am. This is her daily schedule:

Wake at 5am to drink coffee and take time for me.
7am kids wake / breakfast
9-10 head to gym
Noon back home for baby to nap while I clean do chores, etc
4pm baby up and I make dinner
6pm-8pm – family time

Her philosophy on training?

I started shedding very quickly once I started Paleo even though I had been running. My secret weapon is knowing there is a better me hidden in here somewhere! I started in March this year and it was mostly off by June. I have about 15 more pounds and lots of toning to still do, but that is taking a bit longer.

Follow her on her blog, Adventures of Christy Land,  HERE. 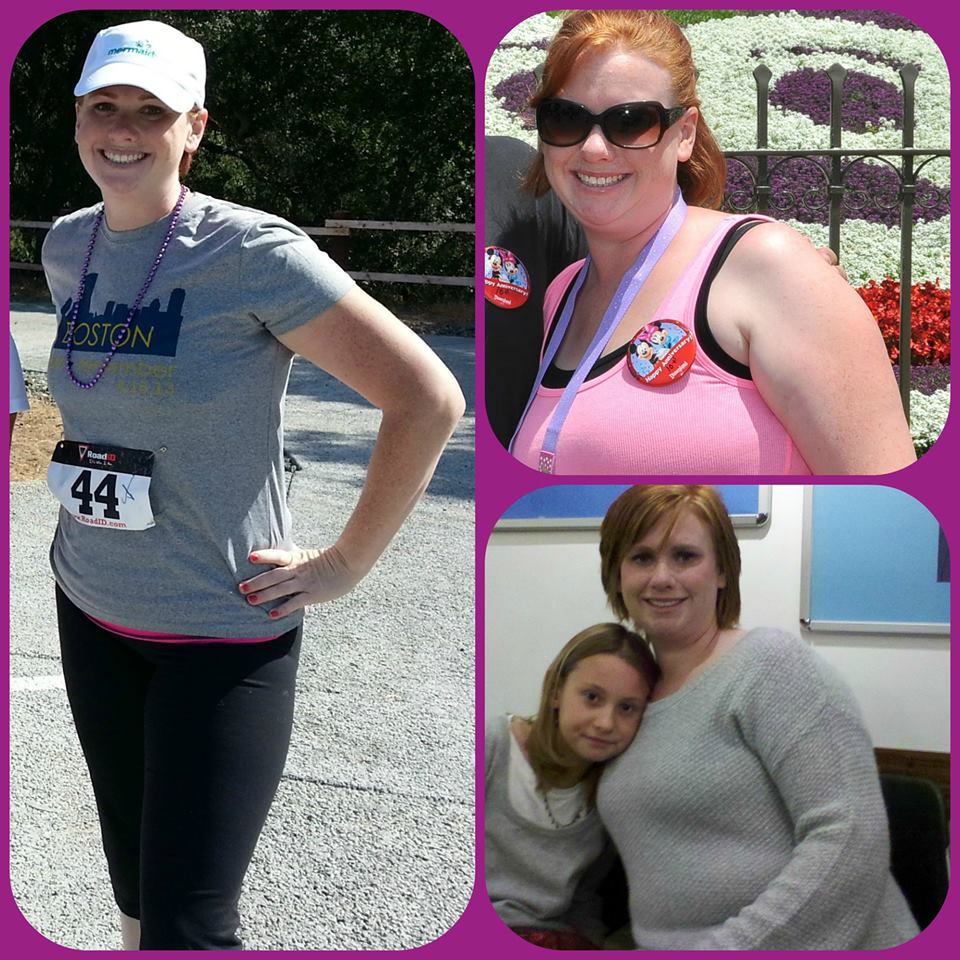