Confining to the crowd

I just started a YouTube channel and decided to upload my appearance on Good Day Sacramento. It was the very first time I watched it from start to finish and was reminded of that peculiar period in my life when I felt a strong yet sinister energy surrounding me.

For months I knew I was going to have a fitness shoot with my sons so I could post current pictures on my new Facebook page. I was also motivated by all the inspirational fitness photos from paraplegics and elderly people with the caption, “What’s your Excuse?”  I knew that caption was something I wanted to undertake considering I had three kids, 3 and under and was able to attain a healthy fitness level despite the hardships of being a mother.

The night after I posted “What’s your Excuse” I woke up to hundreds of notifications on my phone. My Facebook page ballooned from 150 followers to 2k in less than 12 hours. A week later that number tripled. While I was accustomed to a large online readership from 7 years blogging online, my comment section was disabled and I wasn’t used to communicating with my readers.

I started getting mysterious bumps in various areas of my body. I went to the doctor who couldn’t diagnose my condition and I obsessively cleaned my house for spiders (they looked like bites). Looking back, I know the external bumps were a manifestation of a strong internal stress I was undergoing during that time period.

I would never let people know that their painful words affected me, but I’m only human and of course it did. I don’t like not being liked. I’m human after all, and it’s never fun being criticized.

However, after 32 years of life and a bio that proves I’m not one to avoid challenges, I realize that criticism comes with not confining yourself to the crowd.

It is easier to sit on a fence than stand up and brazenly be ambitious, assertive and bold. I’m not a stranger to being a public figure and therefore being openly talked about. When I won Student Body President of my Elementary school, I was disliked. When I was a high school cheerleader, I was bullied. When I won my first pageant, I was scorned.

While it hurt knowing that every time I succeeded in something, I became further away from my peers – I also became conscious of the new positive energy of people, places and things I was resonating with. The more I moved away from the crowd, the stronger I became. I didn’t mind walking alone in high school or traveling by myself internationally. I didn’t mind receiving a negative comment or hearing an unkind rumor.

These early challenges prepared me for the judgmental blogs written about me and the critical comments displaying disapproval of my photo.

We have no control over how people perceive our actions. We can’t live a life walking on glass constantly trying to gain approval. Regardless of what people perceived in my picture, my posts or my presence, I know what my intentions were and I stand behind what I boldly asked…

For years I was apprehensive to start a YouTube channel for various reasons. I don’t like the camera. I don’t have time. I don’t think anyone would watch. But most of all, I didn’t want to start one because it was an additional aspect about myself that would become public.

Today, I’m not scared to be exactly who I was meant to be anymore.

You can join me on this new journey here. 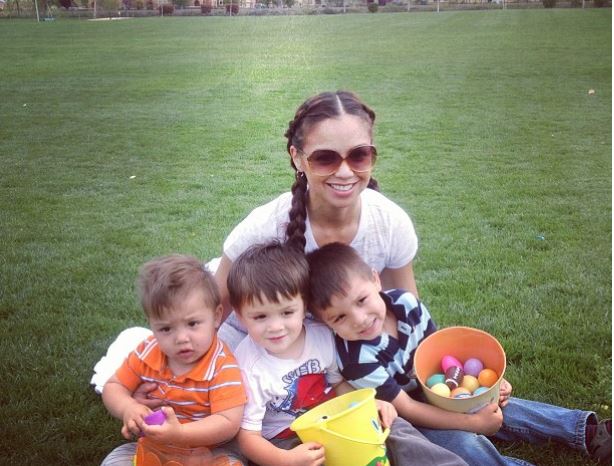