On Friday evening, after a great sushi dinner with Spencer, Borina and her boyfriend,Terry, we walked outside to see a crowd of approximately 30-40 kids  rivaled against each other in the midst of an angry altercation. While I saw adults walk by uninterested in intervening, I couldn’t walk by
without having an invisible screen stop me and make an effort to halt a
violent event from occurring.

While my adrenaline soared and my fear rose, nothing could prevent me from standing there and firmly directing the group of boys to go home and break up this incident.

Eventually the crowd dispersed after repeated yelling and a public phone call to the local police. I left that night angered at the adults who watched on the
sidelines, upset at the parents who allowed their kids roam the streets and enraged at the kids who allowed a shadow of insecurity and hate
cloud their better judgment to avoid a situation that will eventually lead them to prison one day.

Controlling ones emotions and allowing anger to filter and not fester in your psyche is a life advantage if you are able to do it.

I was an angry child. I experienced a variety of negative emotions, which, if not channeled correctly would’ve been directed towards a
physical object I could’nt control. Eventually I started focusing on writing and reading. Those disciplined practices are what possibly
saved my life.

Many of life’s answers are found when you practice a disciplined action/exercise towards a direct passion.

In passionately focusing and loving anything, you realize that when you are able to provide focused attention to a person, place or thing that object will eventually become alive.

Our society is at a crisis RIGHT NOW. I don’t normally discuss world events in my journal entries but I feel it
necessary to address the issues that are plaguing our American society today. Today, April 16, 2007, marks the deadliest school shooting in our nations history.

We need to uniteas parents, as citizens and as beings of the same human family.we need to recognize that it is not
safe to have a kid in this world as it exists today. We need change.

The first change comes from simple acts as simple as calling the cops when you see a fight ensuing, or signing a petition for teenage curfews..it can be as simple as supporting your local teachers or knowing more about your city’s council members agenda.

This life has become too complex. Lets simplify it again so that our children don’t get lost in a world we had a role in creating. 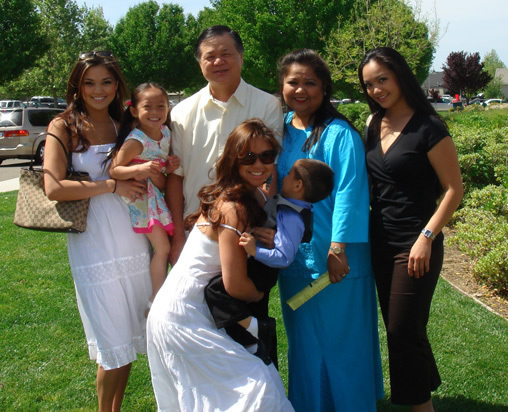 Easter 2007 with my familia after church! 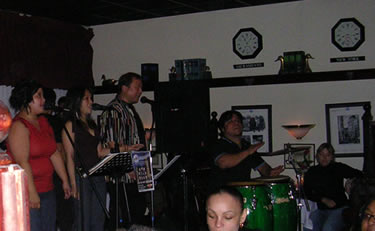 Supporting my Uncle Eddie with his band, “Taal” Saturday night!