The fear of regret

I auditioned for Oprah’s new network this past weekend in L.A. I thought going down south would be a great opportunity to get out of Sacramento, go to the beach and experience something that made me nervous, anxious and embarrassed.  On Saturday morning, one of my best guy friends, Dave Slagle, picked me up from my hotel at 5:00am to drive to Orange County and stand in a long line full of Talk Show hopefuls. It was definitely an experience standing in line while meeting new, interesting and unique’ people.

After just a few hours, I was called in to audition with a group of twelve other people. My heart was racing, my throat felt heavy and my mind became anxious with anticipation and fear. One by one, each person stood up to introduce themselves and their show idea to the casting director. When my turn arrived I stood up, I spoke loud, I articulated my words and I expressed my strong, competitive and bubbly personality. When I finished, I was very satisfied.

Since I was an opinionated young woman with a strong background in public speaking and online broadcasting, I thought I might fit the bill for producers, but unfortunately, I didn’t receive a call back that day. While it’s mildly disappointing, I feel like the nervous woman who left Sacramento on Friday is not the same confident woman who came back to Sacramento Sunday evening.

It’s tough when you put yourself out there. In truth, I really didn’t want to go after I booked our room and told a few friends. However, I knew that if I didn’t try, I would regret not trying for the rest of my life. That single fear of regret is the reason why I’ve experienced so many different dimensions of my life.

Experiences like this past weekend doesn’t teach me that this road is not a journey for me. Instead, it teaches me that this internal, life-changing event just planted a seed in my mind, heart and soul and I know that in time, it will grow.

When I was competing in a string of pageants when I was16, I was expecting to compete in the Philippines. That goal wasn’t realized until I was 23 years old. In 2005, I thought I was going to start a nonprofit. I didn’t fully become a 501(c)3 nonprofit until 2008. And right now, I declare that at 29, I wanted to enter the world of broadcasting, but it didn’t come into fruition until years later when the right preparation met the right opportunity.

When you plant seeds, eventually the plant will grow.

Life most often doesn’t happen when you want it to happen…it happens, when it’s ready to happen.  These past few weeks I’ve been questioning my path, desiring more variety and reviewing my past and future ambitions.  The dreams I dreamt while thinking of the possibilities this past weekend has opened my mind to more goals to be realized. I would’ve never thought of higher ambitions if I didn’t seek an uncomfortable experience outside of my contented life. 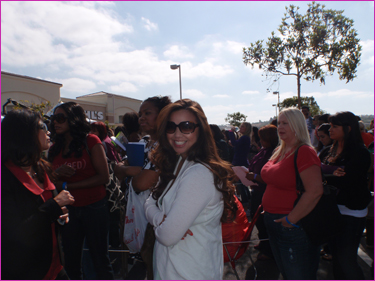 All smiles after an early morning in Orange County. 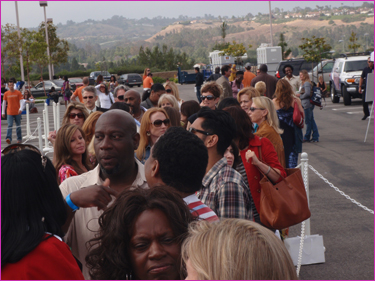 Check out the variety of different people in line! It didn’t matter
if you were young, old, fat, skinny, black, white, or green – everyone tried out! 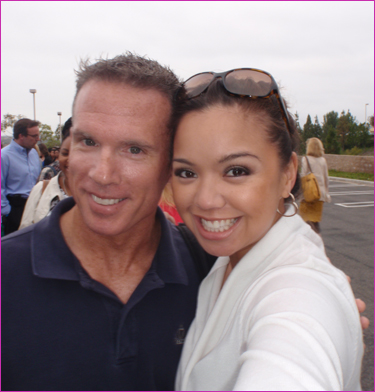 Thanks so much Dave Slagle!!!! You are the most awesome-est friend ever! 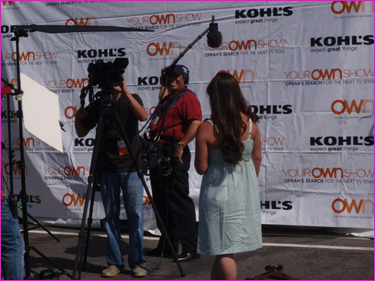 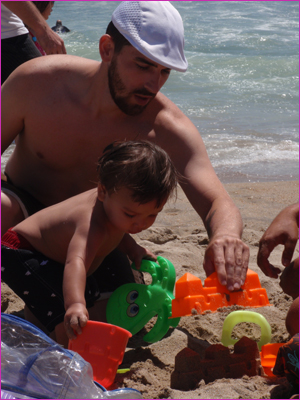 We went to the beach afterwards! This wasn’t even
Christian’s toys! LOL. David and I make friends everywhere go. 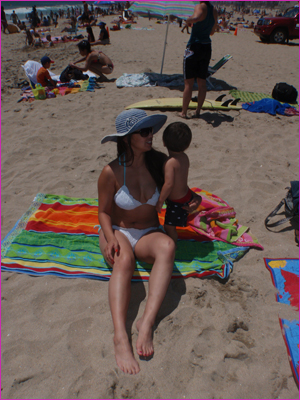 This little man would run into the ocean and scare the sh#t out of me!
I braved a bikini 9 weeks post-labor! 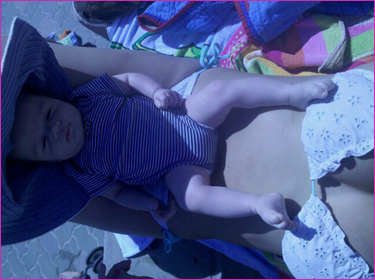 Taken on my Android phone camera…little brother is catching some son too! 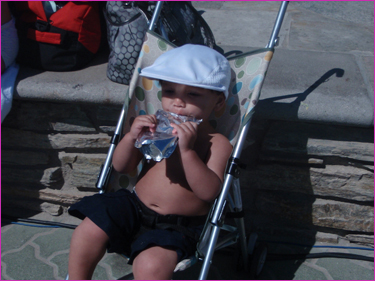 Chillin with daddy’s hat. SO cute! 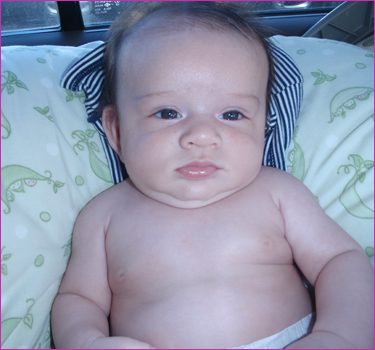 My little man is growing up bit by bit. He’s almost 10 weeks now. 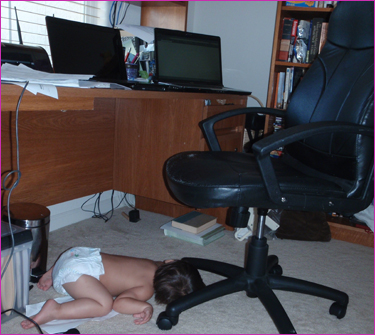 I thought this was hilarious. I was working all day today (check out two laptops
on my desk!) and I feel some skin under my foot and find Christian had
fallen asleep beneathe me! Poor baby! I usually catch him when he’s tired and put
him down for his nap! LOL