Exactly seven years ago I created this website. In 2005, myspace wasn’t popular, facebook didn’t exist and blogging was not commonplace. I was 24 years old and at a crossroads in my personal, professional and physical life. I was nearing the end of a long-term relationship, I was branching into the corporate world and I was dealing with a debilitating eating disorder. After graduating with double majors from UC Davis, winning several beauty and fitness titles, traveling to distant countries and achieving some professional success, I still felt an incredible void in my life.

I always thought that if I followed a certain path, if I looked a certain way, if I achieved a level of success…that I would be happy.

At 24 years old, I already felt tired of living.

I felt like I was a mouse trapped in a maze, motivated by the next piece of cheese but never going anywhere at all. I asked myself deep questions about my passion, my purpose and my past choices that led me to those present moments. In my spiritual examination I discovered an internal strength and spiritual truth that had guided me throughout my life challenges.

I discovered that regardless of my external conditions, I never allowed it to sway my attitude. I didn’t live life ‘reacting’ to it, I lived life by taking actions. When I experienced negative events or people, I never fought back. I cried, I absorbed the pain – and I prayed. I smiled when I wasn’t happy. I pretended to be confident even though I was insecure. I never became what other people wanted me to become.

I remained steadfast in my belief that I was a child of God – that I was loved and that nothing good comes out of being bad.

This one realization of being able to control my actions and reactions in an unstable world made me feel powerful. Not only was I able to dictate my life, but I was also able to positively steer it by remaining sincere in my intentions.

At 24 I felt tired – but through continuous spiritual reflection, I began feeling strong again. I felt like there was an order behind this chaos…like there was a purpose behind my pain.

So I began writing. I would write thoughts, philosophies and ideas.

I began proclaiming my will to live a sincere life, that I would be a “Soldier of Life” and utilize my passion to be a service and not a sin to this world.

Thus here we are today.

Thank you for all these years. I’ve received hundreds of letters and thousands of readers. Before this website, I carried a notebook. Inside that book I wrote several poems, one poem which became my life declaration….Soldier of Life.

I am a Soldier. A Soldier of Life.
A Soldier who needs no gun, no knife.
To fight the evil in the world today –
To fight the serpent in earth’s decay.

I am a Soldier and I will die trying…
By winning this war without cheating or lying.
Without taking advantage of what my enemies lack…
Because it is in their weakness, where I will attack.
I will demolish their anger, their hatred and lust…
By killing them with kindness, understanding and trust.

I will empower their souls, by revealing my pain.
For it is not in my weakness, by my strength they will gain. 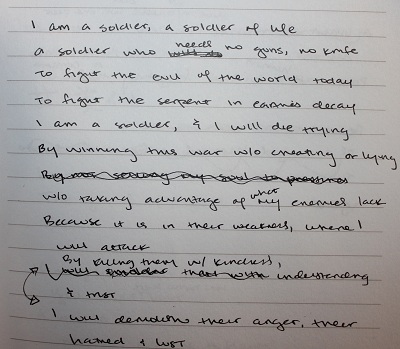 The moment I composed “Soldier of Life” in my journal 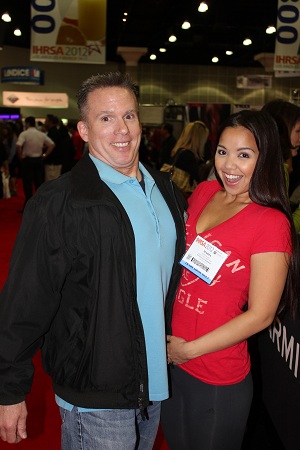 Trying to ‘suck it in’ for a photo with Dave Slagle at the IHRSA Fitness Convention in L.A. 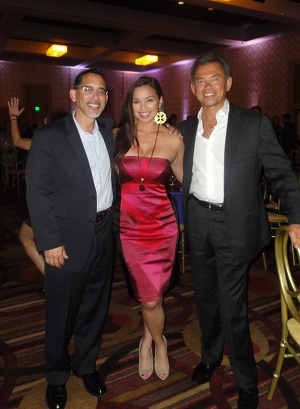 With Joseph Freschi and Victor Brick of Planet Fitness at “Augie’s Quest”, a benefit held at the JW Marriot in support for curing ALS. 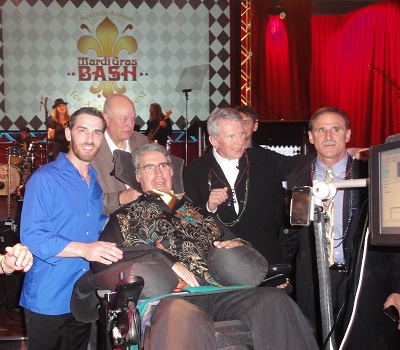 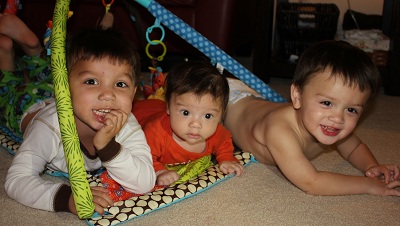 All my boys! Christian is 3. Nicholas will be 2 next month and Gabriel is 3 months.