At least once a day while playing with my sons or putting them to sleep – I think about the moment I brought Christian home for the very first time.

He was sleeping and swaddled in a green blanket while I placed him softly on our bed. I remember staring at him in complete awe that this small human being was now in this world and in my responsibility. I could still smell his newborn skin, see his small face and hear his tiny breathing. I felt a rush of incredible and massive love travel through me. I knew I had now become a mother and that this little life force was going to transform me.

A couple times a day I sit outside with the boys as they play with their toys in the backyard. It’s a daily tradition now to sit outside and stretch, perform some yoga or read. Our outside time’ is actually calm moments in our day. Many other parts, Nicholas is crying and pushing me away from doing dishes, cooking and especially writing on the computer. It’s rare when Christian isn’t picking at my skin while pulling my hair and jumping on my stomach in the early morning. In fact, too often, after a long day of being a stay-at-home-working-mom, I lay passed out with Christian in his bed after reading him his nightly storybook.

It was a welcoming momcation’ (as I like to call it), to spend a few days in Seattle and Canada this past weekend child-less. I didn’t have to wake up a couple times a night from a crying baby or be awakened by a 2-year-old who makes his way to my bed every morning at 4am. My day wasn’t inundated with work and I didn’t have to tow a baby seat, stroller and baby bag everywhere I went.

It was a nice small break.

I was able to spend quality time with my closest male friend, Brian and his new girlfriend, Nicole. I also made arrangements to meet with other friends: Seth, Barbara, Myra and Brad. It was an eventful weekend while I just arrived home yesterday, it seems like a lifetime ago (and away.) While I sat with my friend Seth after touring Starbuck’s Headquarters, we talked about life, philosophy and motherhood. He asked if being a mother has changed me

I don’t think about it often. I had found myself rolling with the punches’ for a few years now. I don’t stop to reflect enough perhaps but it wasn’t the first time someone had observed the change in me after having children. I said, For a long time I was in transitionnot really knowing what direction in life I should go. Having children has made me more calm, more patient and more in flow’ with where life takes me. People are often terrified to have kids, most often desiring to create a perfect’ environment appropriate for children.  I always tell them my story: That I didn’t plan my children and that David and I were not married (although engaged) when we discovered our first pregnancy. I tell them we didn’t live together, nor did we have a steady income. I didn’t even have insurance!

Since I was little I yearned to control my life. I charted my timelines and created weekly goal lists. While I still do that, with children I realize today that I don’t truly control much in my life. My lack of control is symbolized in my lack of daily task completions due to my responsibilities as a mother.

While things don’t go as planned, adding responsibility in my life has forced me to aspire a more stable future for my kids. I’ve never worked harder, planned harder or lived harder than I have since I became a mother. If it wasn’t for them I wouldn’t seek to be so successful financially, physically and spiritually. I do all things for them.

I’ve become a creator and a provider. I’m a mother and that single responsibility transformed me. 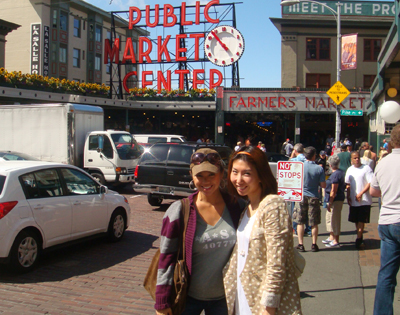 At Seattle’s Pike’s Place where they throw fish and have an awesome public market! 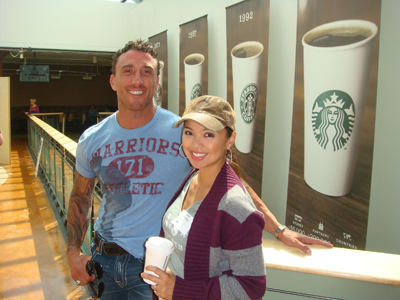 With my friend Seth at Starbuck’s Headquarters! That was an awesome tour by
his friend who works in the marketing department. 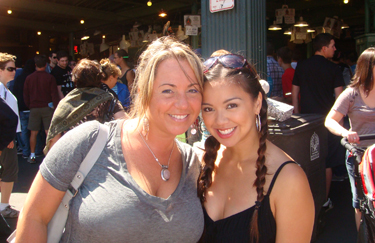 My friend Barb, who I met when I first started working at 24 Hour Fitness Corp.
She lives in WA now and I haven’t seen her in a couple years! 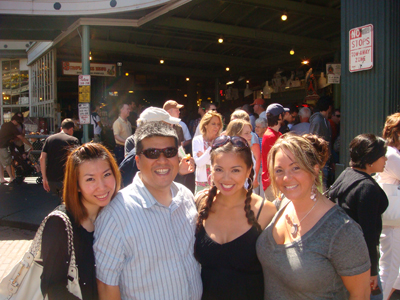 From Left: my friend Brian‘s girlfriend, Nicole, Brian and Barb. 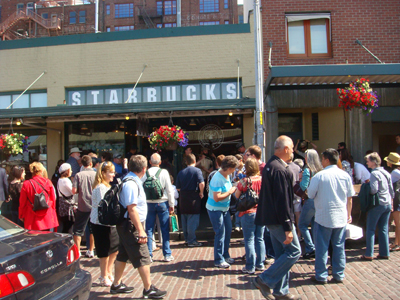 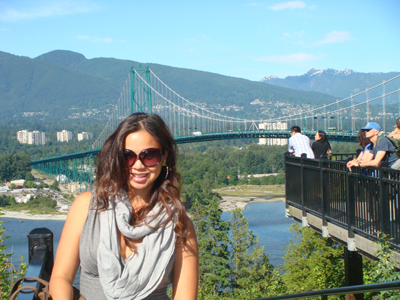 At the top of Stanley Park in Vancouver, Canada!

I met Myra on our European Cruise! It was soooo awesome seeing so many old friends!