On November 27, 2010 at the Cathedral of the Blessed Sacrament, David and I exchanged vows to be life partners, spiritual soul mates and unconditional friends for the rest of our lives. As silly as that sounds in the 21st century, it’s the biggest goal of my lifetime a daily commitment we will work towards forever through good times and in bad, in sickness and in health, for as long as we both shall live…

Those words never rung so clearly to me until my grandfather spoke at our reception in absence of my father.  The morning of our wedding day I was given news that my mother, who had been sick with flu symptoms, was admitted to the ER early that morning. Her sugar levels were high and she had become confused and delirious. Despite the concern, we hoped she would be discharged by our wedding ceremony that evening. When afternoon arrived, it was clear she wouldn’t make it to the wedding and I was given news that my father would also not be present, except to walk me down the aisle.

A range of emotions filtered through me. I was scared, upset, resentful, frustrated, sad and angry. I thought about how much I often cared for her and how this ordeal could have been prevented. I thought about how I could hold up throughout the day’s event knowing that my mother was sick in the hospital. I would feel sorrow one moment, then anger the next. This was my wedding day after all, and yet again- my mother’s health managed to infiltrate one of the most important days of my life.

To bring down swelling from crying, I literally held an ice-cold towel against my face up until two hours before the ceremony. It was the first time in my life that I ever used concealer or eye drops.  While my hair was getting styled, I continued to meditate and pray by internally reconciling that many people get married without their parents and that I was always an unconventional bride who believed in the importance of a marriage, not just a wedding. My parents have always been in the forefront of our family and while they couldn’t be at our wedding it was in the end, just a day.

When the time finally arrived, I watched through glass door windows as each bridesmaid walked down the long church aisle I wasn’t nervous. I’ve always been a person who mulled, calculated and planned over every life detail after making a decision, I always stuck to it.and I knew I would stick to David.

As we recited our vows, I cried through my words. There we were holding hands, staring at each other’s eyes and making a life promise in front of family and friends, but most importantly, in the house of God. We waited two years for David to receive his Catholic Annulment from his first marriage, which is why we waited so long to perform our Sacrament of Matrimony. In our years of engagement, I was tempted to have a garden wedding or a ceremony at city hall but we patiently waited to celebrate in our church.

After the ceremony, we continued our celebrations at the Capital City Ballroom. It was a festive, fun and memorable evening. It was a beautiful day in the making but throughout the night, I did cry during significant times for longing of my parents, especially when my grandfather Lolo, recited his speech, a speech that was written by my father.

Up to that point, despite mentally mulling over being positive, I was still very sad about my parent’s absence. But in my father’s speech, he reminded me that 32 years ago he made a vow to a beautiful young woman to be a lawful husband, for better, for worse for richer, for poorer in sickness and in health – until death parted them.

And in that moment I understood.

I not only understood his vows to be by my mother’s side in her times of sickness but most importantly, I understood the selfless vows I had now made to David.

Marriage is a commitment. It’s a vow a sacrifice and in our Catholic tradition, it is a Sacrament, a sacred act that is “a visible sign of an invisible reality” symbolizing God’s love and grace.

Thank you for all your wishes. God Bless. 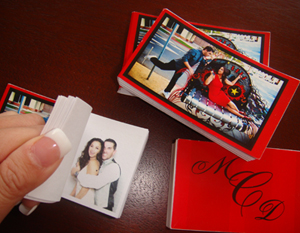 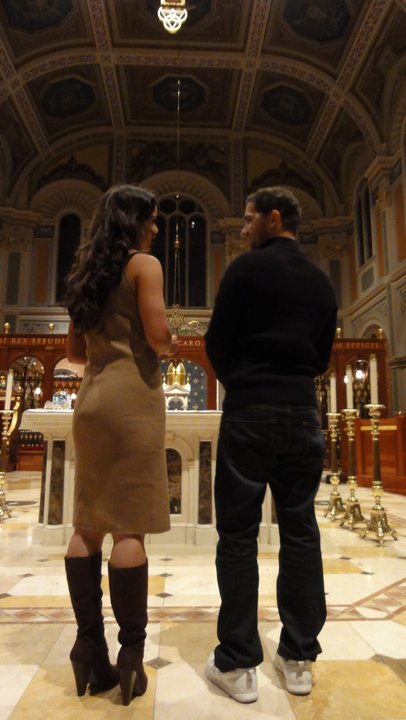 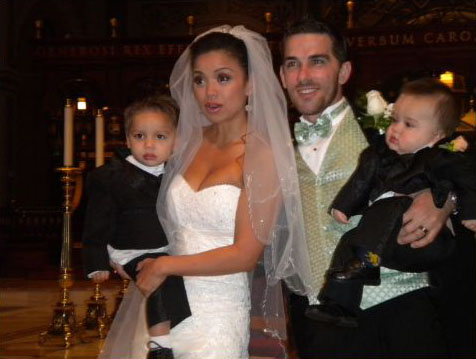 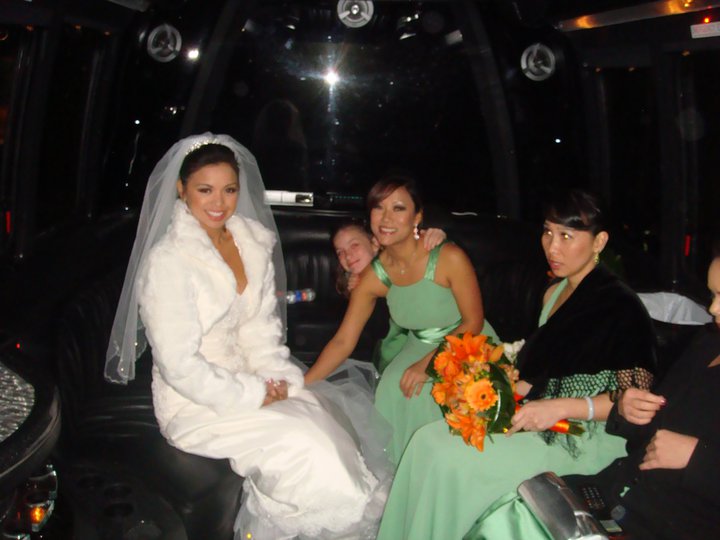 Limo Bus to the reception. (we booked it last minute because of the rain.
The reception is only two blocks away!) 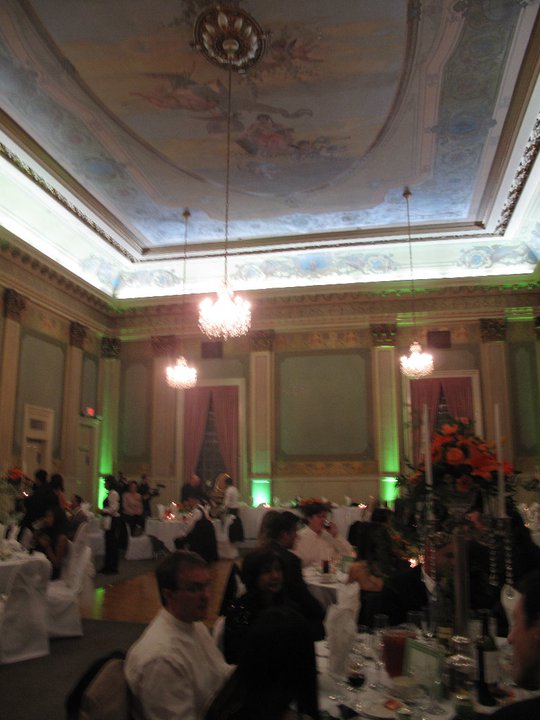 We loved this place. LOVE love the ceilings. 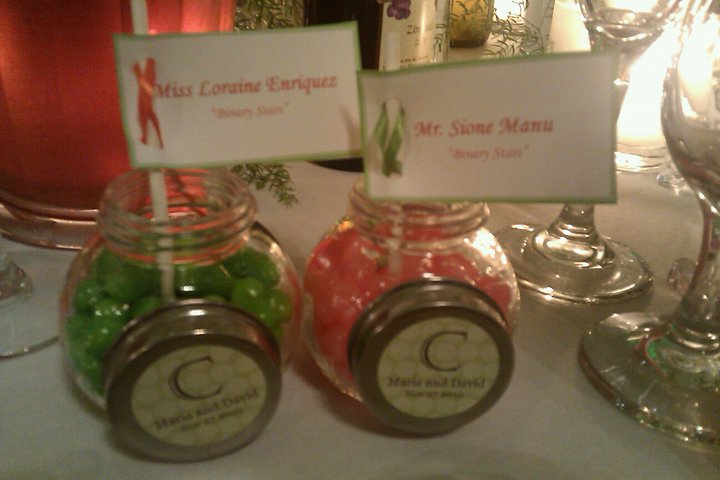 Our place cards….we named the  tables by David’s poems. 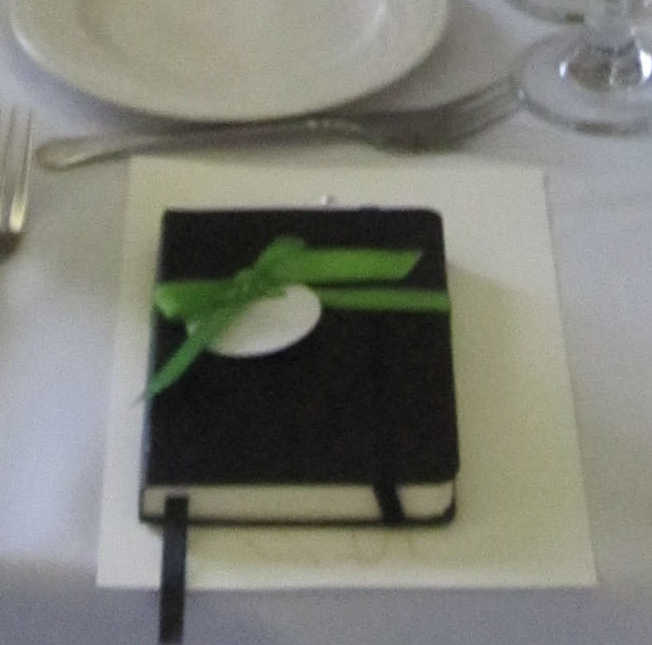 We gave everyone an embossed journal that said,
“…and the greatest of these is love” David and Maria 11/27/2010 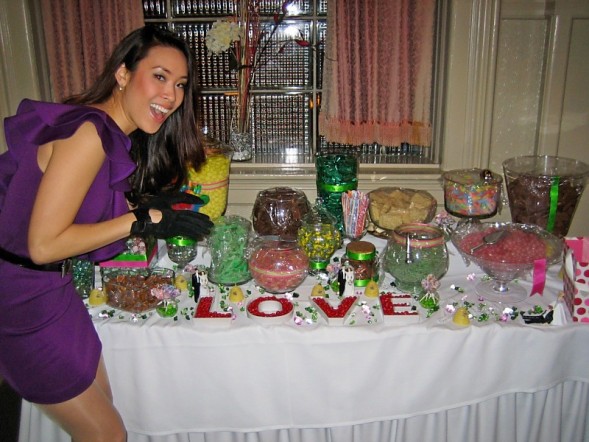 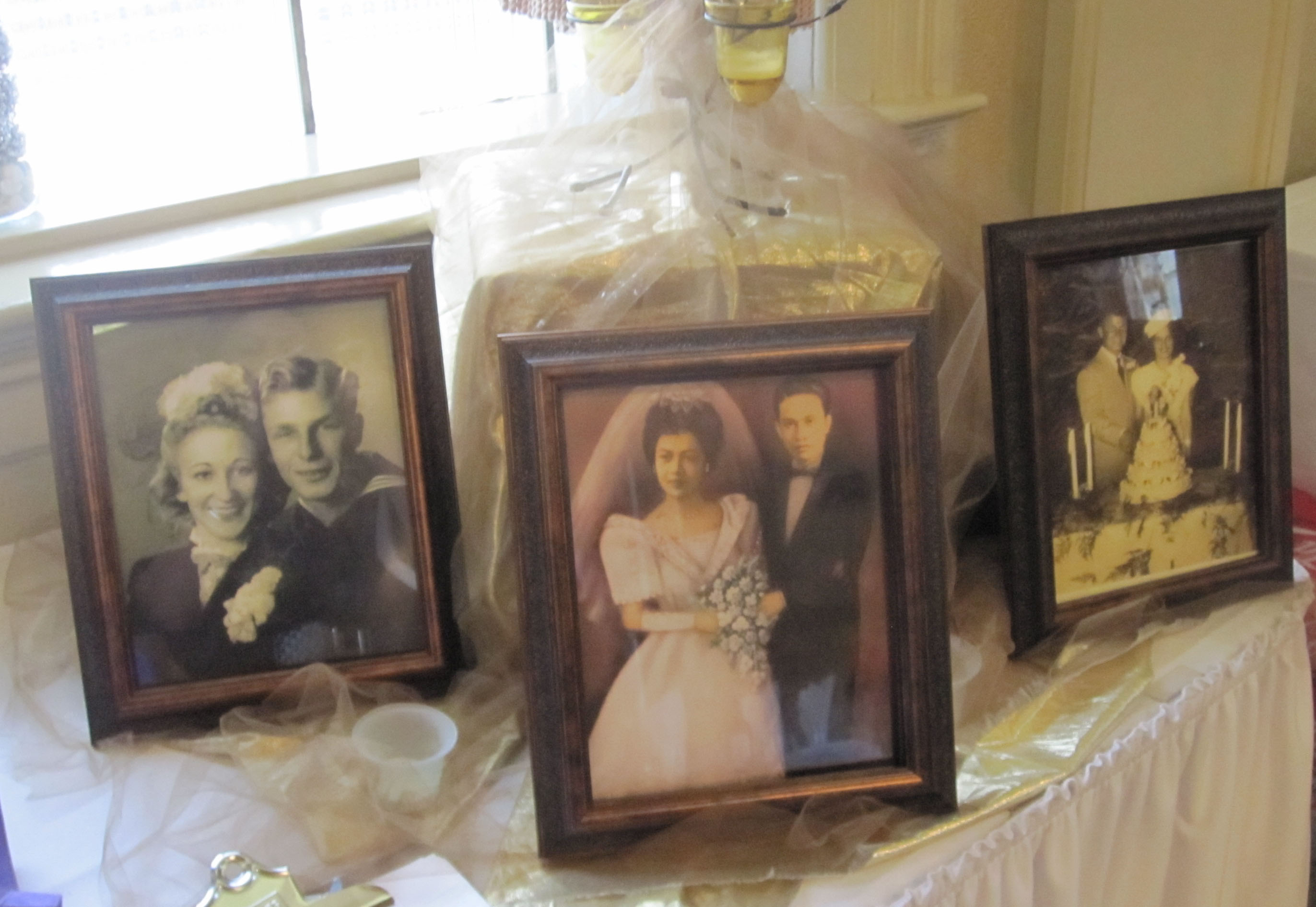 Tribute to weddings in our family 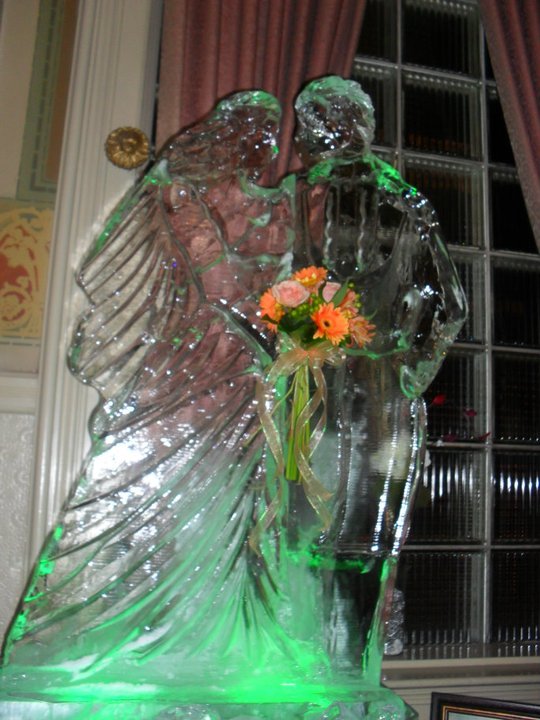 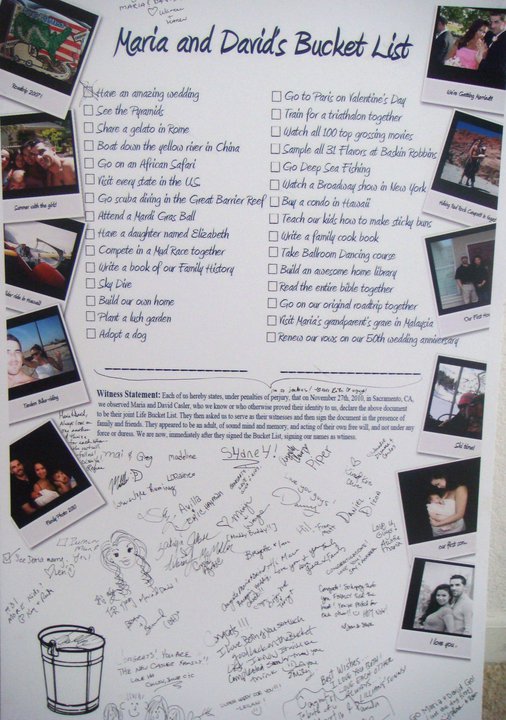 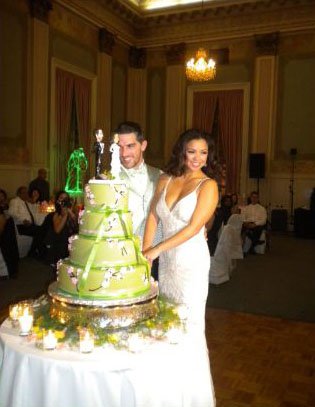 Our big green cake! With our personal wedding toppers!
We had them made a long time ago and they’ve
been sitting on our mantle waiting to be used! 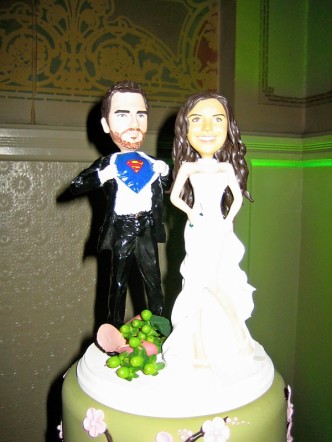 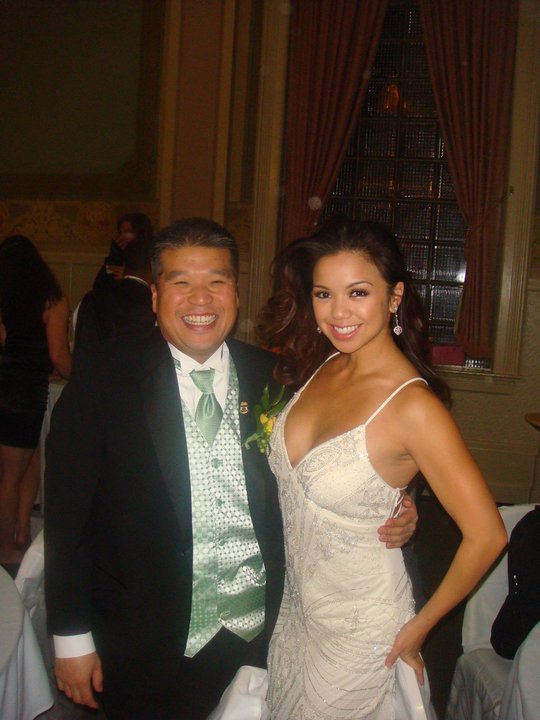 Brian! I had two dresses. I love this vintage inspired sequin gown.