Memories of my 2nd pregnancy

I’m officially full term and could give birth any day now. When you reach 40 weeks pregnant you can be anywhere between two weeks early or two weeks late. I haven’t washed Christian’s newborn clothes yet or packed a hospital bag. I am assuming the baby will come on time or late because I haven’t received that jolt of energy’ most women get when they are about to give birth. As I walk around with a heavy belly while exhausted from a long work day I am still yearning for that nesting instinct so I can start getting things prepared.

1)      1. Running seven intense miles the day before we discovered I was pregnant. (I was trying to evoke my period!)

2)      2. Buying a huge box of tampons and a big bottle of Aleve from Costco in preparation of a painful period. Both now unused!

3)    3.   Discovering we were pregnant after a morning of garage sales and taking the test in a Mexican restaurant during lunch. (I couldn’t wait to get home.) I ended up leaving the restaurant and staring at Christian thinking, I can’t imagine another little baby!

4)      4. Watching the ultrasound machine as the doctor says, are you ready to find out the sex? and I  say, .those look like balls to me. And she says, Yes! You’re having a boy! LOL

5)      5. Drinking a protein shake and eating waffles for breakfast EVERY morning.

6. Not wanting to cook. EVER. But still cooked because the baby and David needed to eat.

8)      8. Working out at 5am for a few months during my first and second trimester since I had my Tri(y!) Falcons for Fitness program at 7am.

10. Not wearing maternity jeans until around seven months.

11. Not wearing any of my maternity clothes used during the year before! I bought new ones and didn’t really like the fit of my old ones since they felt so huge on me.

12.   Seeing Christian poke at my protruding belly button every time I wore my uniformed sports bra and pajama pants.

13.  Being so busy that I didn’t realize I was pregnant during the majority of the pregnancy.

14. Deciding not to have a baby shower because I was too busy!

15.   Feeling like this baby is more active than Christian!’ as he moved around in my tummy, making waves and indentations.

16. Having more back aches than I EVER did with Christian. It began at three months and never let up since.

17.   Not training as much. With Christian I worked out 2-3 times a week and walked a ton. This time I don’t have time and have been too exhausted.

18. Choosing the name Nicholas one day with David…there was never much discussion; it just felt’ right.

19.   Taking blood tests every month searching for antibodies in my blood. (Due to blood transfusions from Christian’s delivery)

20. Attending the Walk for Life in San Francisco while seven months pregnant and needing to go pee three times during the walk.

21. Hearing my doctor say, You are the cutest pregnant lady! That’s always a pick me up!

25.    Hearing people say, Wow! Two boys! Will you try for a girl? and David saying, That’s how people end up with five boys!

26. Telling people, I’m okay with a house of boys. I will be the only queen of the castle!!!

27. Shopping for newborn boy clothes thinking, man, those dresses are so adorable!’ LOL

28. Carrying a diaper bag, a computer bag and groceries on both arms while Christian is on my right hip, up until the very end of my pregnancy!

29.Sleeping every night in my ever-so-comfortable pregnancy pillow.

30.   Lying in bed holding Christian and stroking my belly thinking: Wow. I can’t believe my life. 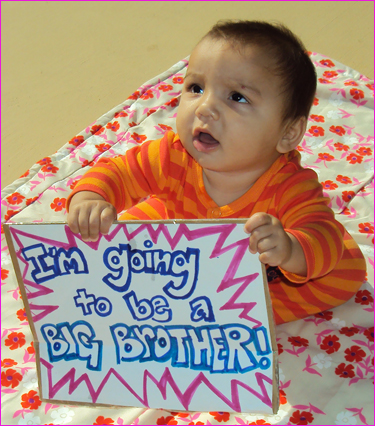 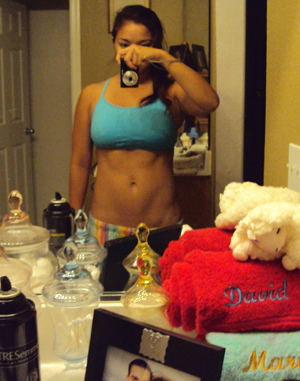 8 months after giving birth to my first son and

8 weeks into my 2nd pregnancy! 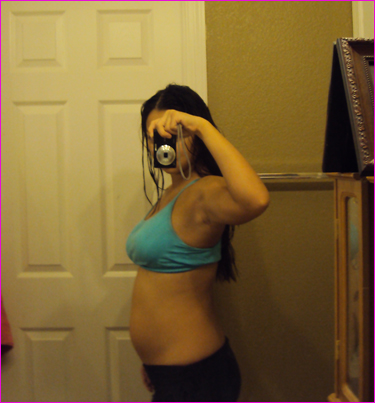 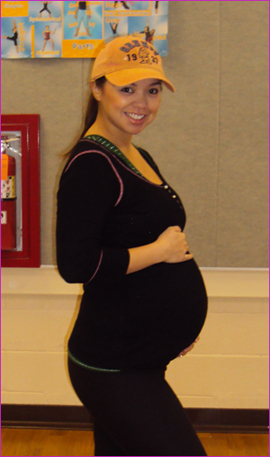 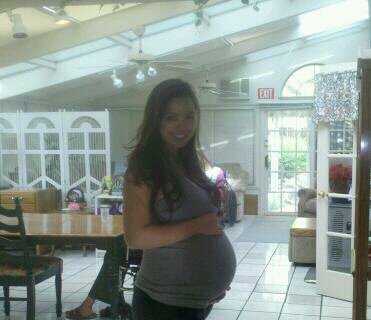