Failures behind every great success

I’ve seriously bought approximately 11 books in the last 8 days. My thirst for information and knowledge is unquenchable right now. In
alliance with my ‘down time’, my ‘up time’ (week days) has also been fast, fierce and ferociously swallowing my energies whole…no joke.

This weekend, I woke up to a quiet Saturday morning and completed my reading on a spiritual and motivating book: “Sacred Hoops” by Phil Jackson.
Afterwards I rushed to eat, check emails, feed the family dog and then drive to San Francisco while listening to the audio book: “The Problem of Pain” by C.S. Lewis.

When I finally met with Wayne, a college friend and Marine sergeant, I cajoled him to escort me as we shopped for shoes in 3 different malls
looking for the ‘right’ pair! Then I celebrated a festive, birthday dinner, where friends were ecstatic I was finally lenient about
drinking and fed me shots like it was my birthday! We proceeded to dance in the Mission District where I ended up on stage, befriending
fun strangers in the infamous Castro and buying a protein bar to suffice my hunger by the end of the night.  Believe it or not, but, I even drove home sober to Sacramento at 2am so I can wake up sore at 10am to baby sit my niece and nephew. I fulfilled my promised to take them (and Tiger) to the park as well as the bookstore.

While most of my days mirror the ‘chaotic-ness’ described above, as I wrote last week, I still continue to feel a sense of quiet solitude every, single day. This morning, however, while I woke up bright eyed to train at 6:15am…something internal stopped me. Almost suddenly, I didn’t have a drive to train, to work, to eat, to talk, to even wake up! This morning, for the first time in a long time, the word
“motivation” absorbed my psyche.  My mind became occupied with thoughts of mental fatigue, physical tiredness and static ‘will’ to take action.

I was not motivated to move at all.

I don’t expel most personal details in regards to actual goals and targets in my aim. However, it is obvious that I’m shooting at my goals every day. While my keen sense of judgment and skill has increased, presently, my targets appear to be moved by my persistence by still mildly unshaken. Each week I feel like I’m re-living a continuous ‘circle’ – almost like the movie ‘groundhog day’ when I reflect on days past and experiment with new strategic actions – all in effort to tweak the end results.  After battling week after week, minute after minute, I knew instinctively when
my night’s dreams transferred to this morning’s conscious awareness – that today’s ‘groundhog day’ was not going to happen

Living in a state of constant ‘desire’ can make people angry, dreamy, resentful or hopeful.
In some recent conversations with friends, they expressed their frustrations in ‘never’ achieving their target goals and even noted how
‘lucky’ I was in being able to attain mine.  While I don’t believe in the word ‘luck’ – (for everything is based off of a series of synchronized patterns dictated by personal decision)I do believe that every purposeful action teaches us a impact-full lesson that will assist us as we begin the circle of attaining that desire once again. If you fail to see the wisdom behind every failure, then you will never see the internal persistence needed behind every success.

It took repetition of aim, experimentation, execution, and reflection every single time any great inventor, leader or creator shifted
conscious paradigms. On this day we are celebrating a very important man in both American and Human History. One
of my favorite presidents, Abraham Lincoln, is a man who ‘failed’ at many attempts to win political office and yet achieved the the largest hallmark of America’s success: the freeing of the slaves and the ending of our country’s disastrous Civil War.

Like Lincoln, each of us are daily experiencing both failure and success in order to prepare of us for the unique purpose we are all meant to serve in our lifetime. Our pain is teaching us strength. Our frustration is teaching us persistence. Our anger is teaching us forgiveness.

Today, my lack of motivation taught me Volition. I could either distract myself with mindless activities and waste an
entire day immobile, or I could act by making a conscious decision to own my future.

Honestly, I’m at a point in my short term journey where area traveled is reaching a final passage…
in 2 weeks most things in my life will change: from my living arrangement, professional duties and personal chores..It is this
realization that makes me wonder if ‘this feeling’ I get is a frustration from not hitting my goal yet or anticipation because I know
the target is near?

In the meantime, I am mustering new motivation to wake up early tomorrow so that I may train hard, work hard and live hard until that ‘moment in
time’ finally arrives.

Happy Valentine’s Everyone! Read all about universal principles found in love and fitness in my “Valentine’s Approach to Fitness” article. 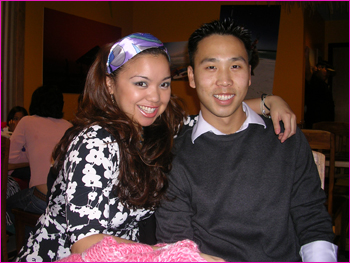 Wayne
Shew is a ‘soon to be lawyer’ in the Marine Corps! I have fond memories
studying Chinese and talking endlessly about boyfriends! 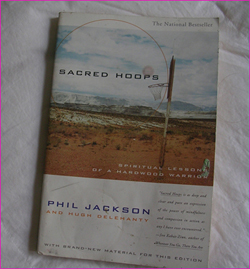 Awesome
book by Phil Jackson (former coach of the Chicago Bulls and LA Lakers)
He puts a spiritual perspective on ‘teamwork’ and competition. 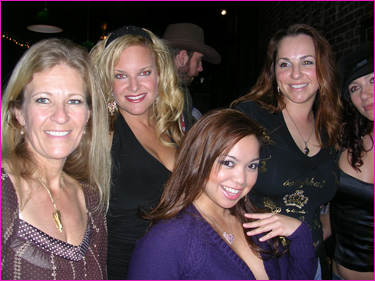 It was rainy and crowded that night! 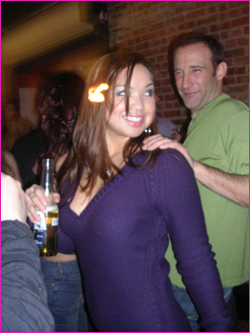 When I do drink – I am strictly a beer or wine gal! 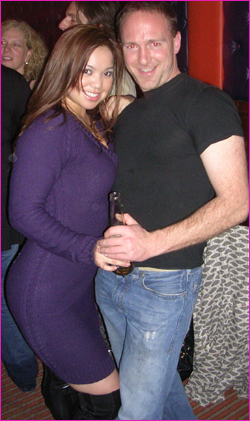 Me and Sam! He was an awesome dance partner! 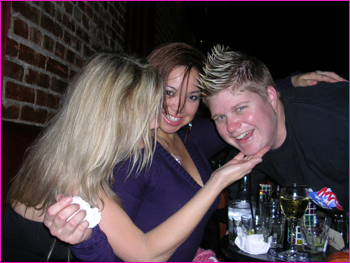 Stephanie is a hoot! 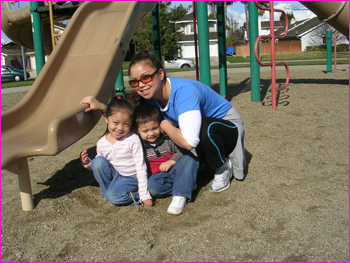 Sunday with the kids. I taught them ‘tic-tac-toe’ and jump rope!